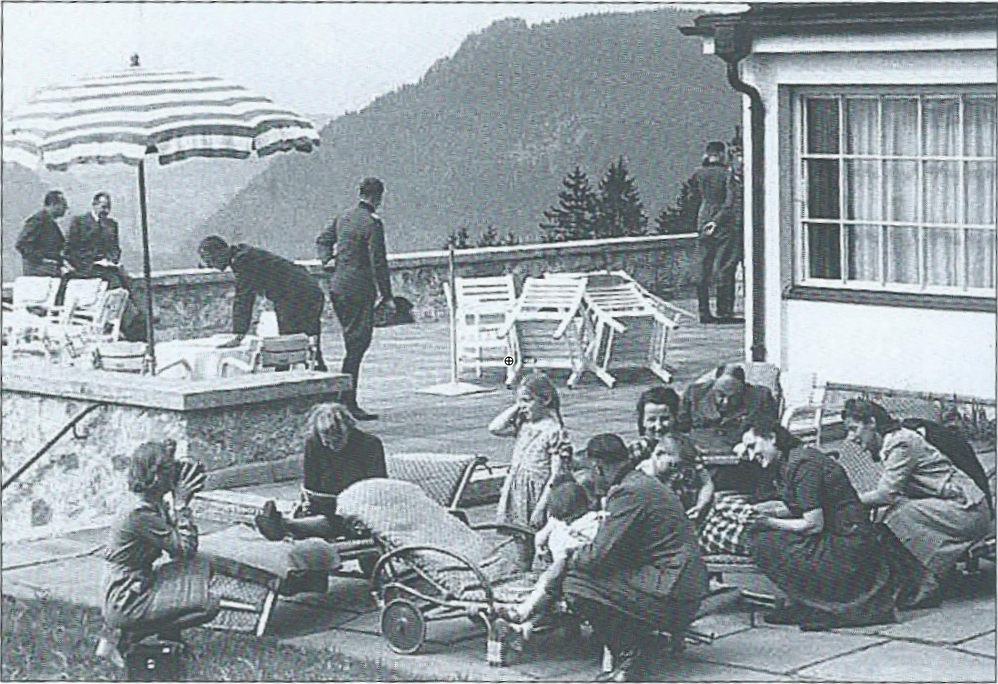 This rare World War 2 image shows guests of Adolf Hitler on the Berghof terrace sometime in 1942. The Berghof was Hitler’s vacation residence in the Bavarian Alps at Obersalzberg, near Berchtesgaden. He would often entertain visitors there, whether it was for official business or simply leisure.

The picture was taken by Rochus Misch, who was one of Hitler’s SS bodyguards, and included in his book “Hitler’s Last Witness: The Memoirs of Hitler’s Bodyguard”, published in 2008 (see link to our review below).

From left to right: