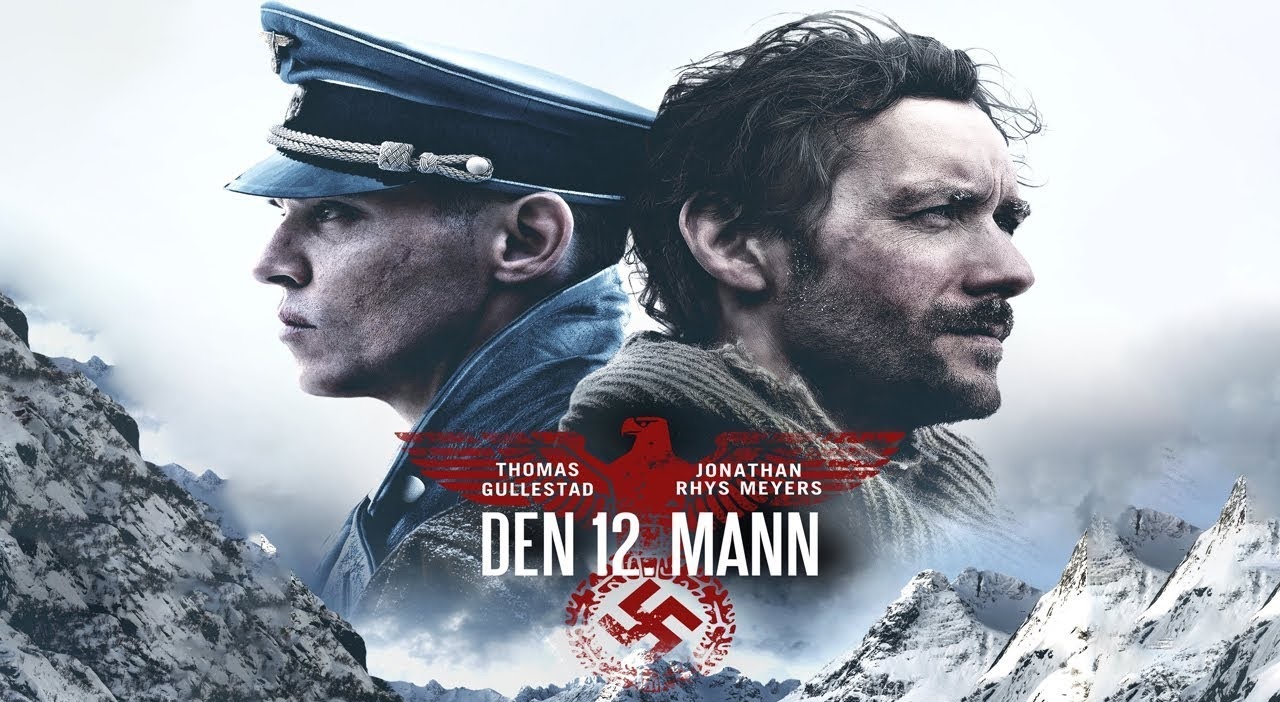 A Norwegian historical drama / thriller by director Harald Zwart, The 12th Man tells the story of Jan Baalsrud, the only person out of a group of 12 Norwegian commandos who managed to evade capture during a failed resistance operation carried out in Tromso.

The film tells the story of Baalsrud’s quest to reach safety, and his astonishing journey from Northern Norway to neutral Sweden, through Finland.

This is a quite shocking movie and I was surprised to learn that it actually doesn’t sway that much away from reality. Listen, the makers took artistic liberties, especially as this was the kind of tale which begged for it – it is by no means a documentary. But the true story is presented pretty faithfully.

Jonathan Rhys Meyers also stars in this movie and is excellent as Gestapo Officer Kurt Stage.

I really liked it. Not to mention I learned something new and remarkable – this was a story I wasn’t aware of, and it is worth knowing.