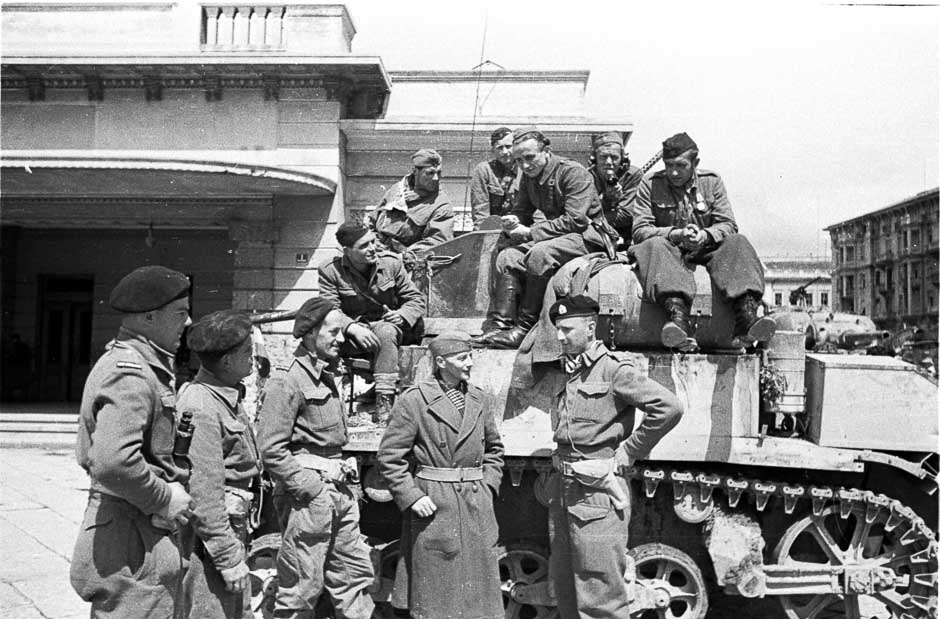 Yugoslav partisans and a New Zealand tank crew in Trieste, Italy, circa May 1945.

The 2nd New Zealand Division and units from Josip Tito’s National Liberation Army linked up in the city on May 1st 1945, just one day before German forces in Italy capitulated. The Germans chose to surrender to New Zealand troops as opposed to the communist-led partisans.

Yugoslav troops attempted to occupy Trieste, but the New Zealanders stood their ground, and the partisans eventually agreed to withdraw from the city by June 12th, 1945.

📖 The Problem of Trieste and the Italo-Yugoslav Border: Difference, Identity and Sovereignity in Twentieth-Century Europe (Glenda Sluga, 2001)