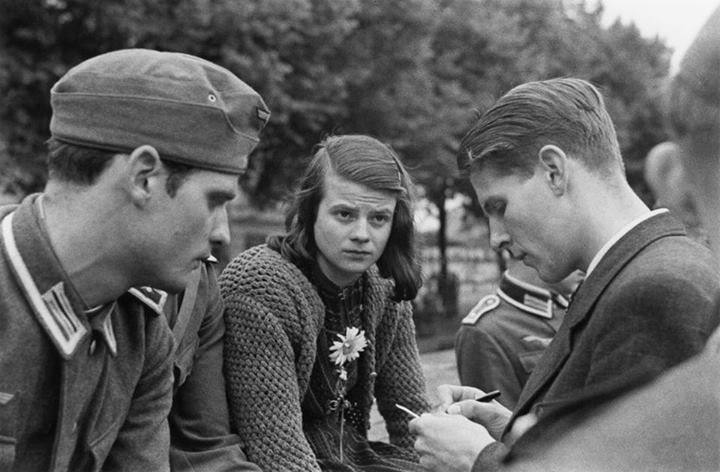 Sophie Scholl with brother Hans and Christoph Probst in 1942, members of the White Rose group.

The White Rose was a student led resistance movement which used leaflets, pamphlets and graffiti to oppose the National Socialist regime between June 1942 and February 1943, when its core members were arrested by the Gestapo.

The three students in the image were arrested on February 18th 1943 while distributing leaflets at the University of Munich. They were beheaded via guillotine on February 22nd after a show trial which found them guilty of treason.