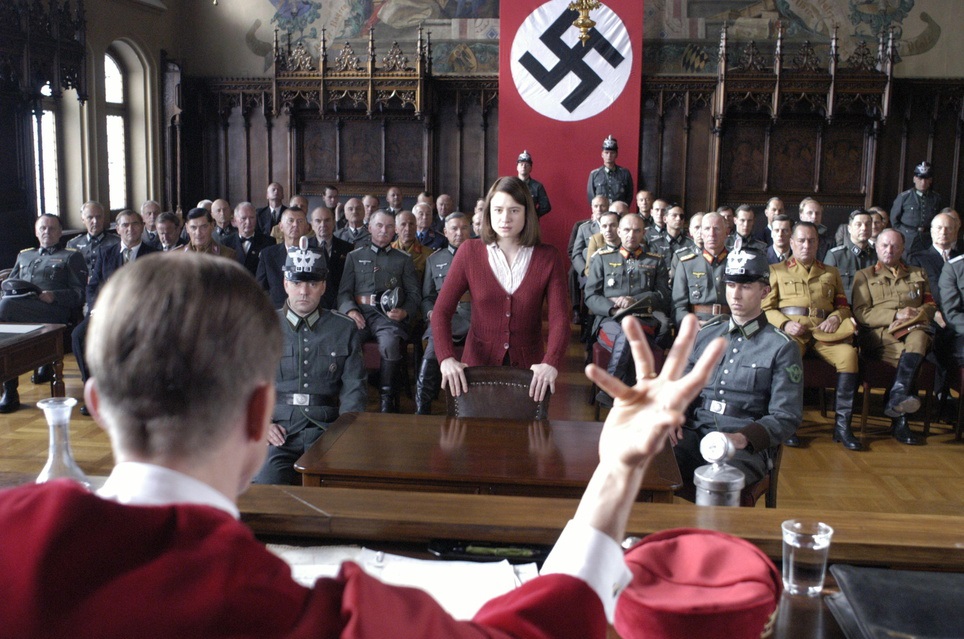 Sophie Scholl, her brother Hans Scholl and Christoph Probst were all members of the student-led White Rose resistance group, and the film begins with them preparing anti – regime leaflets, distributing them at the Munich University, and getting caught.

From then on, the movie focuses on Sophie Scholl’s interrogation, detainment during the investigation, and further interrogation. It all ends with a show trial in front of a cartoonish judge depicting the devil or some close relative, as the three students are sentenced to death by guillotine for treason.

The film follows the true story reasonably closely and I liked that it doesn’t present everything in black and white. Aside from the judge in the trial who was a caricature of evil, the characters are pretty deep, with qualities and flaws. Sophie Scholl is heroic, as she was, but there’s also naivety to her. The Gestapo interrogator is faithful to the party, but also humane and empathetic.

Director Marc Rothemund did a great job with this movie. The actors are also solid, at least as far as my untrained eye could evaluate. You should watch this. It is a well done account of a quite extraordinary story.