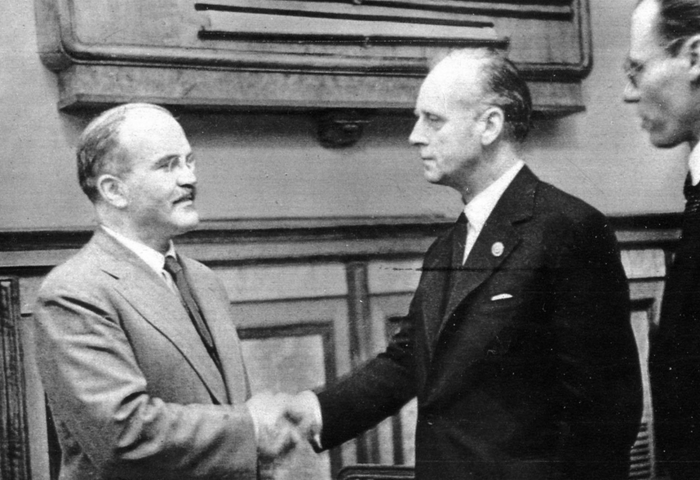 The Molotov-Ribbentrop pact was a non-aggression agreement between Germany and the Soviet Union, which also defined the spheres of influence in Europe between the two Nations.

The pact became void on June 22nd 1941, when Germany started its invasion of the Soviet Union through Operation Barbarossa.

Joachim von Ribbentrop was sentenced to death at the Nuremberg trials on charges of war crimes, crimes against humanity, and others. He was hanged on October 16th, 1946.