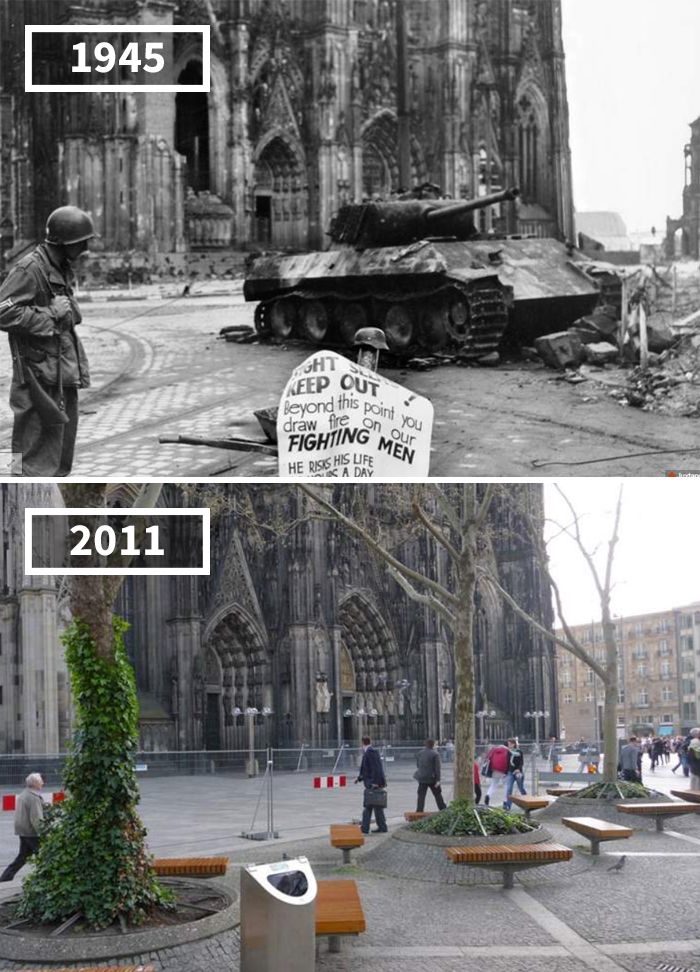 In the historical photograph, taken on April 4th, 1945, we can see a US corporal standing besides an US Army announcement and a wrecked German Panther tank.

The announcement reads “Sight seers keep out! Beyond this point you draw fire on our fighting men. He risks his life 24 hours a day. Do you??”

The Köln Cathedral was famously left standing in a flattened city despite being hit and damaged by 14 bombs during World War II.

📖 Spearhead: An American Tank Gunner, His Enemy, and a Collision of Lives In World War II (Adam Makos, 2019)

Note: The above collage was not created by WW2HistoryBook, but the original source could not be found. It could be doyouremember.com, so we’ll mention them just in case.