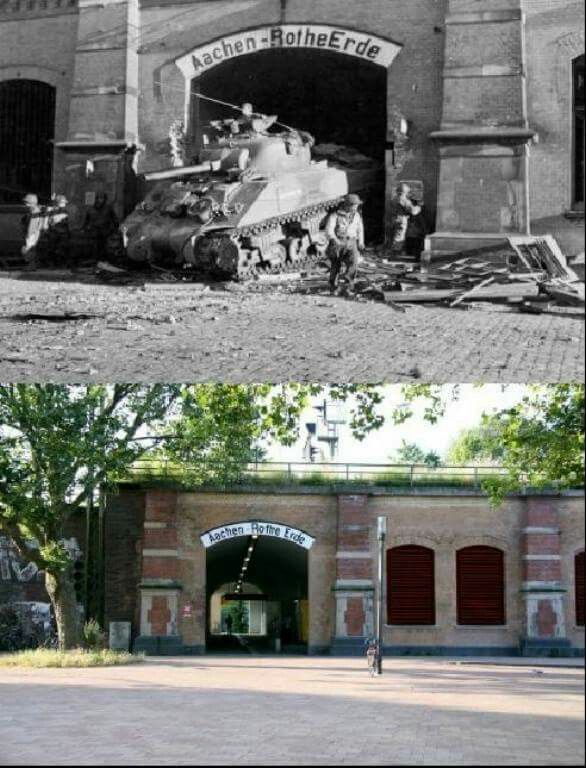 The battle of Aachen was fought between Germany and USA during 2-21 October 1944.

Aachen was part of Germany’s line of defence in the West (Siegfried line) and it was eventually captured by US forces after a grueling urban battle which destroyed the city.