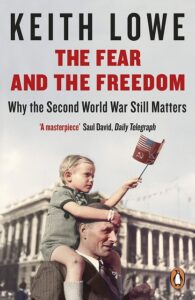 At a time when the interest in in the Second World War shows no sign of easing, and books about the causes and course of the war abound, it is refreshing to read a book that explores the outcome and impact of the world’s most-costly conflict. Beyond the myriad of numbers and statistics that the Second World War has become there is a human element too often forgotten. Lowe uses individual’s story to begin each chapter to provide a human angle on each topic covered. The book is an attempt to chart how the war and its material and physiological consequences have shaped our lives.

Lowe’s text will challenge some. The chapter on Israel places the nation’s creation and its current day challenges in an historic context – something often overlooked. As an example, Israel is indicative of how so many of today’s troubles can trace a path back to the war. The war created two superpowers, and the chapters on each highlight the missed opportunity that victory in 1945 provided. Throughout, the question of ‘what is a nation’ underpins much of the book’s narrative, highlighting how nationalism today, as in 1945, is the root of much suffering. As Lowe notes, there are more refugees and displaced peoples today than there were in 1945.

Divided into six parts – myths and legends, utopias, one world, two superpowers, two hundred nations, and ten thousand fragments – Lowe investigates how the world has been transformed. Victory in 1945 brought peace, as well as a range of new fears. Overnight former allies became enemies, new nations were created (peacefully and forcefully), and people everywhere sought a lasting peace and a return to ‘normality’. In Lowe’s words, “The Second World War was not just another event – it changed everything … The world that emerged in 1945 was entirely different from the world that had gone to war”.

Paperback, @penguinrandomhouse, 2017, 429 pages. The book can also be found under the title ‘The Fear and the Freedom: How the Second World War Changed Us’. 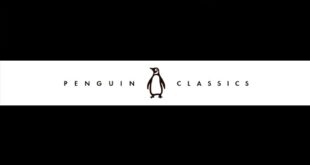