SS and Gestapo personnel try to flood the crypt where the killers of Reinhard Heydrich are hiding, June 1942 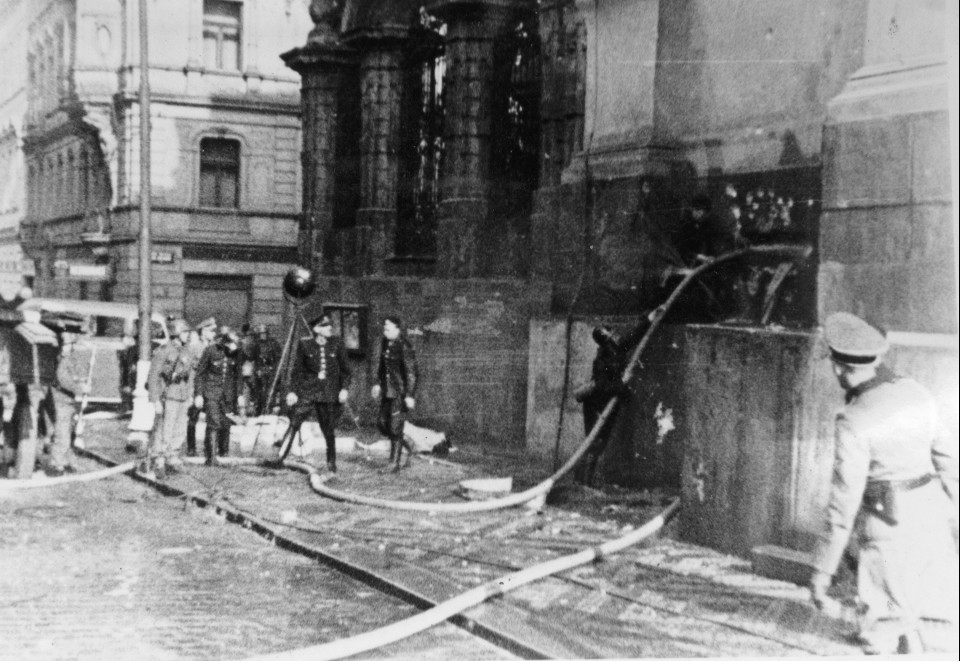 SS and Gestapo personnel attempting to flood the crypt of Saints Cyril and Methodius Cathedral in Prague, where four members of Operation Anthropoid (the assassination of Reinhard Heydrich) were hidden. June 18th, 1942.

You can see bullet holes above the crypt window (right of the image), which are still there today.

The four Czech resistance members eventually committed suicide in the crypt, as it became clear that escape was not possible. Three of their comrades were previously killed in a firefight in the church. The battle and the siege lasted for six hours, despite the SS employing 750 soldiers in the fight.

The 7 resistance members were Jan Kubis, Adolf Opalka, Josef Bublik (who were killed in the church firefight), Josef Valcik, Jan Hruby, Josef Gabcik (Slovak) and Jaroslav Svark (who committed suicide in the crypt).

Kubis and Gabcik were the two men which carried out the assassination attempt three weeks earlier, attacking Heydrich’s car with guns and hand grenades. It appeared as if they had failed, but Heydrich eventually died unexpectedly in the hospital. There are still many theories about his death, including medical sabotage.

Reinhard Heidrich, whom many historians consider would have been very suitable to be Fuhrer, was chief of the Gestapo and protector of Bohemia and Moravia.

📖 The killing of Reinhard Heydrich: The SS Butcher of Prague (Callum A. MacDonald, 1989).