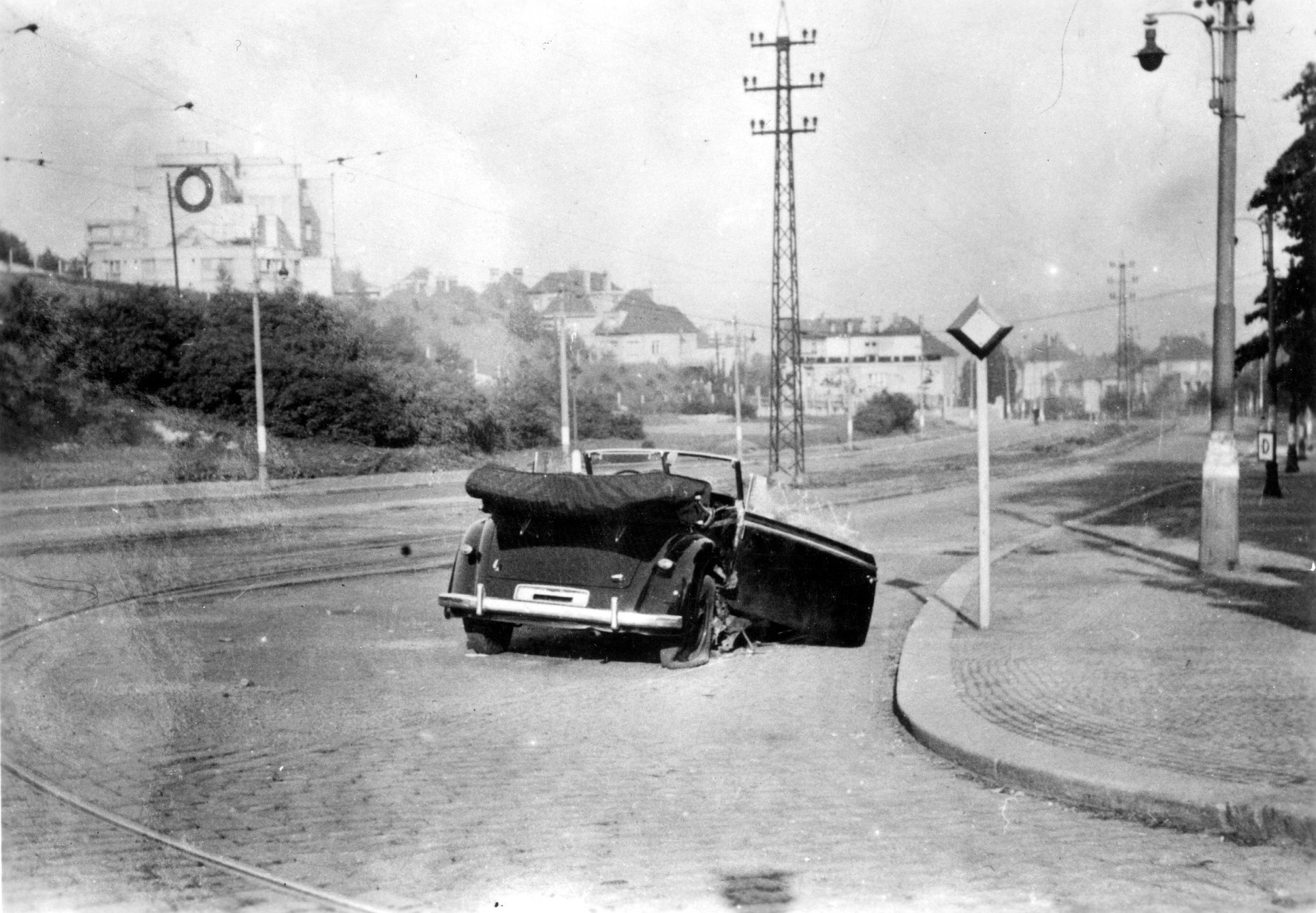 The Mercedes-Benz W142 in which Reinhard Heydrich was attacked by members of the Czech resistance on May 27th, 1942.

Reinhard Heydrich was director of Gestapo and Reich Main Security office. As Heinrich Himmler’s assistant, he was arguably the most ruthless and effective high ranking SS officer. Most historians agree that he would have been without a doubt the best suited candidate to take over as Fuhrer after Hitler.

The assassination attempt was code named “Operation Anthropoid” and was carried by resistance members Jozef Gabcik and Jan Kubis.

As Heydrich was being driven to his headquarters in Prague on the morning on May 27th, and as his convertible Mercedes slowed down at the same turn seen in the image, Jozef Gabcik stepped in front of the car and tried to fire, but his gun jammed. As Heydrich stood up to shoot the assailant, Jan Kubis threw an anti tank grenade at the rear of the car.

Kubis and Gabcik then fired at a wounded Heydrich with their pistols, but they missed. Despite his injuries, Heydrich then went for his attackers and followed them until eventually collapsing.

Rushed to the hospital, Heydrich was recovering very well, but he died suddenly of blood poisoning on June 4th. There have been many theories about why the unexpected death ocured, including sabotage.

Reprisals after the attack were brutal. The villages of Lidica and Lezaky (presumed hiding spots) were wiped out, with hundreds of men murdered, and hundreds of women and children being sent to concentration camps.

Eventually, 7 resistance members (including the two attackers) were found in the Saints Cyril and Methodius Church. After a two hour gun battle, three were killed, while the other four committed suicide in the church’s crypt.

📖 The killing of Reinhard Heydrich: The SS Butcher of Prague (Callum A. MacDonald, 1989)