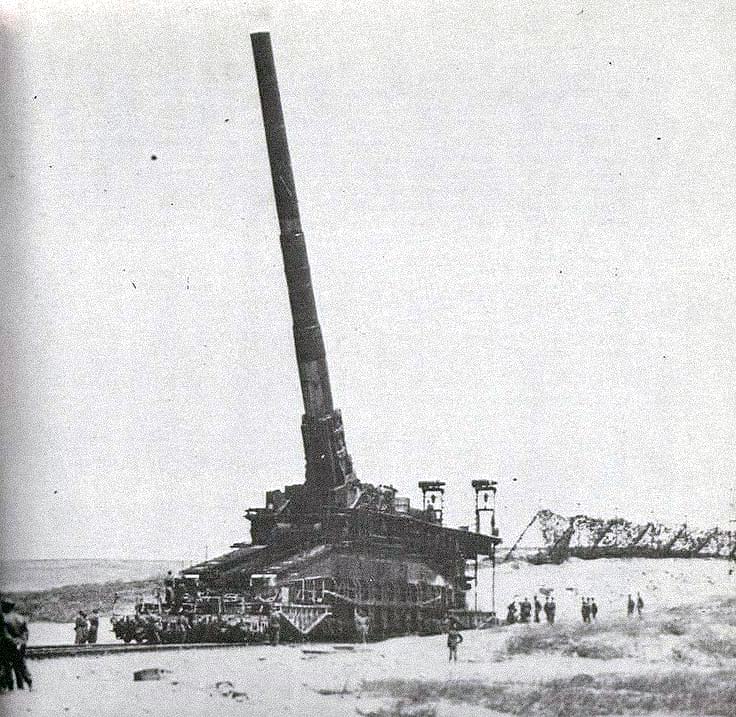 Schwerer Gustav railway gun in a rare photograph, likely sometime during 1942 at Sevastopol, although this information can not be 100% confirmed.

Schwerer Gustav was the heaviest mobile artillery piece ever built and the largest caliber rifled weapon to ever be fired in battle. It weighed almost 1350 tons and could fire 7-ton projectiles up to a distance of 47 kilometers.

Initially designed to be used against the French Maginot Line, the gun was not operational until late 1941. Its only known use was in 1942 during the Siege of Sevastopol, when it fired 47 rounds and most notably destroyed an ammunition magazine. Schwerer Gustav was then moved near Leningrad, where it spent the 42/43 Winter without being used. Near the end of the war, the gun was destroyed by the Germans so it would not fall in enemy hands, though pieces of it were eventually found and studied by the Allies.

A sister gun, Dora, was also built and supposedly deployed to the West of Stalingrad in August 1942, where it did not see any action and was withdrawn when the Soviets threatened to encircle it. However, there are other reports claiming Dora was never near any combat zone, or that it didn’t even exist, being just a different name for Schwerer Gustav.

All things considered, Schwerer Gustav did not have anywhere near the intended success, mostly due to the complicated logistics involving its transport and assembly. It took three days for 250 men to get the gun ready, while 2000 more were needed to lay track and dig, with two flak batalions also required to protect Schwerer Gustav against Allied aircrafts – as it was an easy target to spot. The mammoth construction was carried by a 1.5 kilometer train with 25 locomotives. Overall, it took weeks to get the gun into operation. 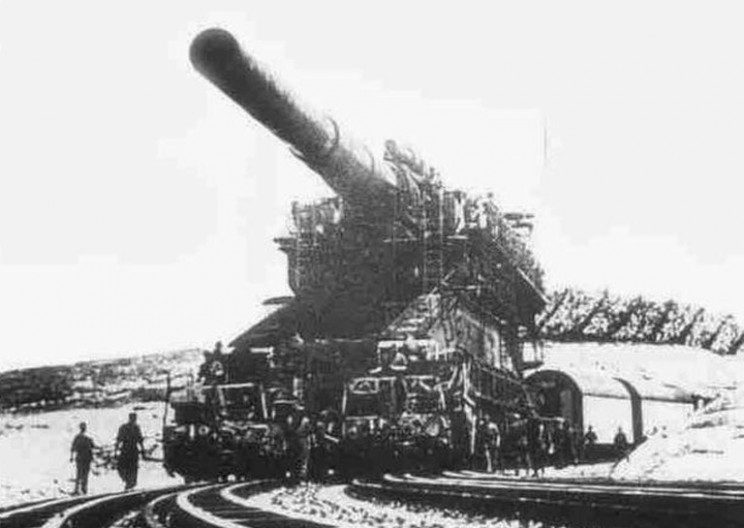