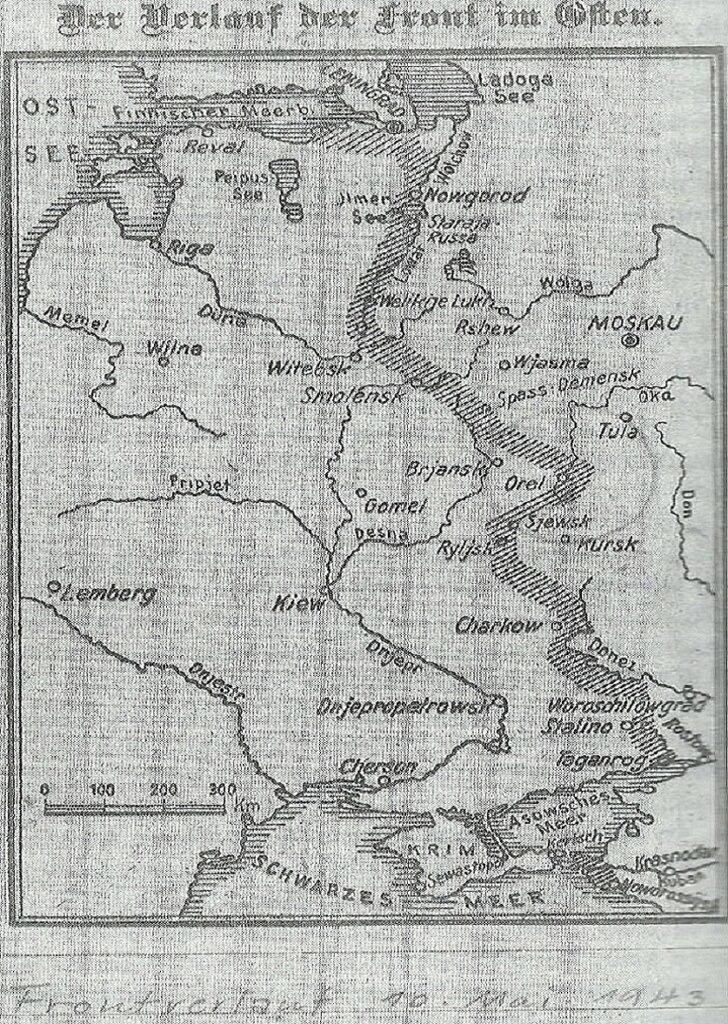 In the previous months Germany had lost the battle of Stalingrad along with a number of subsequent battles, and their armies had been pushed far back, losing key cities and territory.

However, spirits were generally high at this point among German lines. They had just won a massive counteroffensive to recapture Kharkiv, and they were relying on good weather to regain their advantage. Up until this point, the Germans struggled during the Winter, but always vastly outmatched the Soviets during good weather.

Of course, we now know that in 1943 this changed. The Germans went on to lose the colossal and crucial Battle of Kursk in July – August 1943, a result which sealed their fate in the East, and forced them into a desperate defensive effort for the rest of the war.

The photograph was published in the book “Eastern Inferno: Journals of a German Panzerjager, 1941-1943”, which I wholeheartedly recommend.

The journals belonged to Panzerjager Hans Roth, who at the time of the picture was fighting in the dreaded Oryel sector, the most Eastern point of the front in the crucial Oryel – Kursk – Kharkiv line.

In the photo you can see the Oryel sector circled in pencil. Below the map, also in pencil, is written “Line of front, May 10th 1943”. On the top is typed “The course of the war in the East”. It is unclear if the image is from 1943 with the pencil notes written by Hans Roth on the front, or if it is a later image used printed and completed for exemplification.

All rights to the image belong to book authors / publishers.