Panzer IV tank in front of the Milan Cathedral, 1943 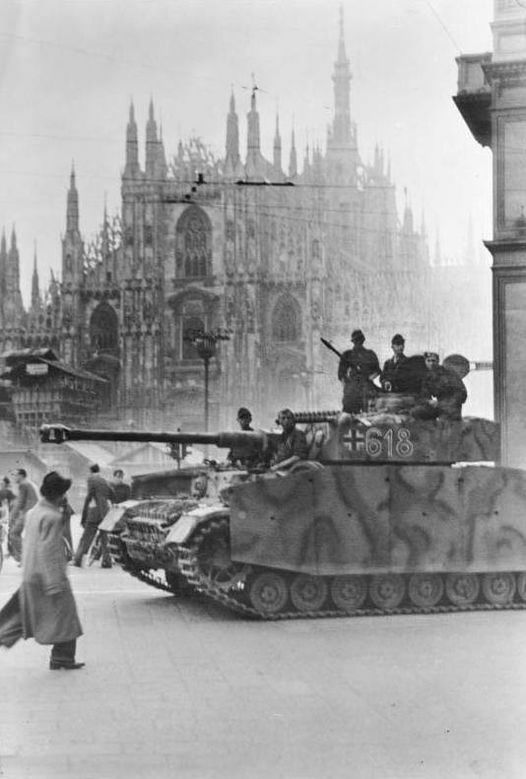 German tanks occupied the city of Milan on September 8th, after the Armistice of Cassibile between Italy’s new leadership and the Western Allies became public. On September 12th, German forces freed Benito Mussolini, who had previously been dismissed from power and imprisoned at the top of the Gran Sasso massif in the Apennine Mountains.