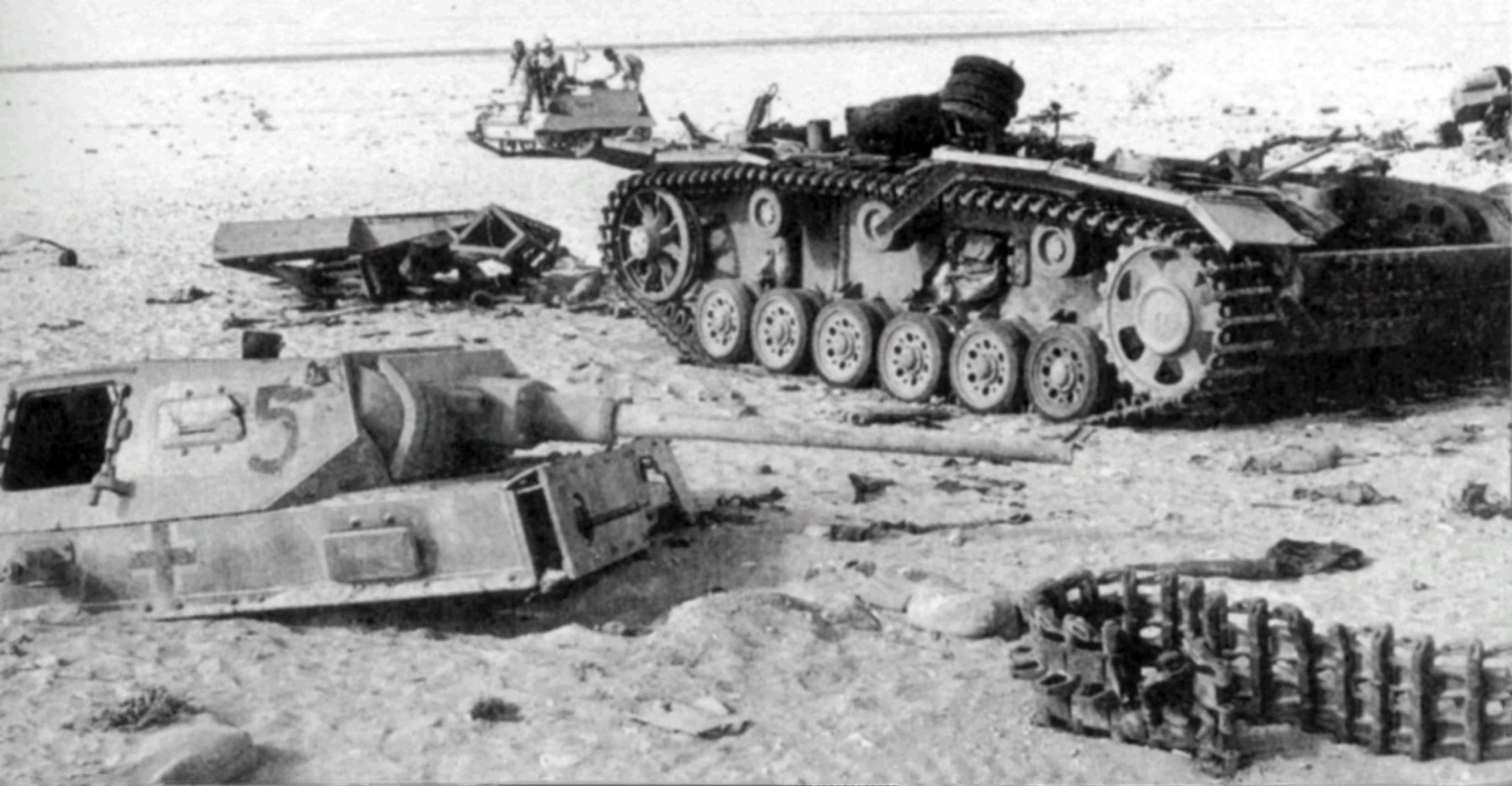 Panzer III tank from the 15th Panzer Division pictured after being destroyed in August 1942, North Africa.

An anti tank projectile or a shaped-charge blast penetrated the hull and caused an ammunition explosion, which blew up the turret. This is known as the “Jack in the box” effect.

In the background we can see a British armored light carrier.

The 15th Panzer Division was established in 1940 and fought exclusively in North Africa between 1941 and 1943 (when it surrendered in Tunisia).