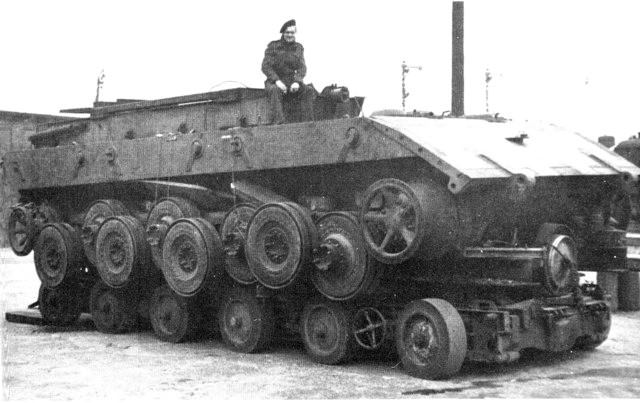 Panzer E-100 incomplete prototype, the only one ever built, captured by British forces in April 1945 and pictured here on a mobile platform.

The Panzerkampfwagen E-100 was a super heavy German tank developed in the closing stages of World War 2. It was supposed to be used as a heavy tank destroyer, an anti aircraft vehicle, and as basis for a heavy mobile artillery unit.