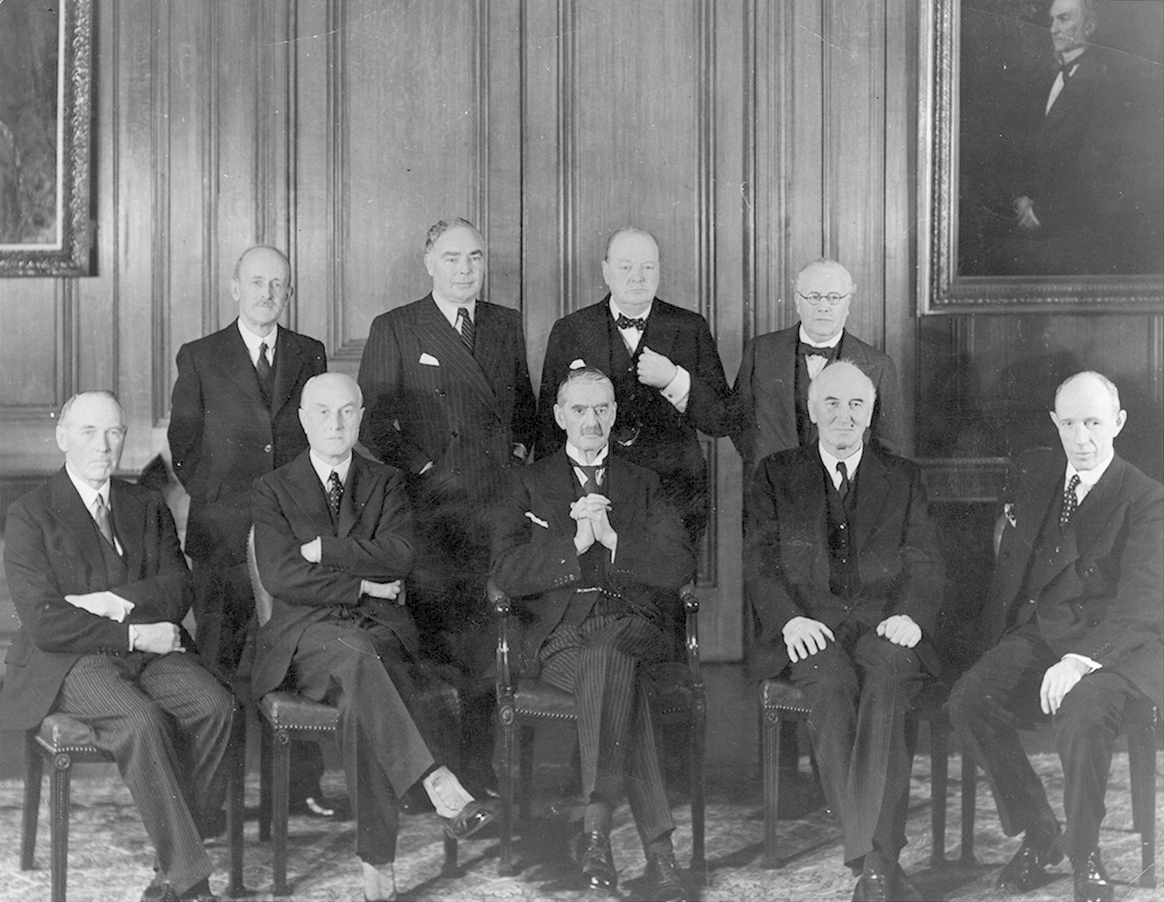 The War Cabinet of British Prime Minister Neville Chamberlain in September 1939. Winston Churchill, appointed as First Lord of the Admiralty, can be seen second from right among the ones standing.

Chamberlain’s War Cabinet was formed on September 3rd 1939, following the formal declaration of War against Germany. It lasted until May 10th 1940, when loss of support determined the Prime Minister to resign after the famous Norway debate (held in reaction to the Allied failure to stop the German occupation of Norway). Chamberlain was replaced by Winston Churchill, who expressed relief at finally having full authority, and insisted that it was his destiny to lead Great Britain in that time of war.