King Christian X of Denmark riding through Copenhagen on his birthday, September 26th 1940 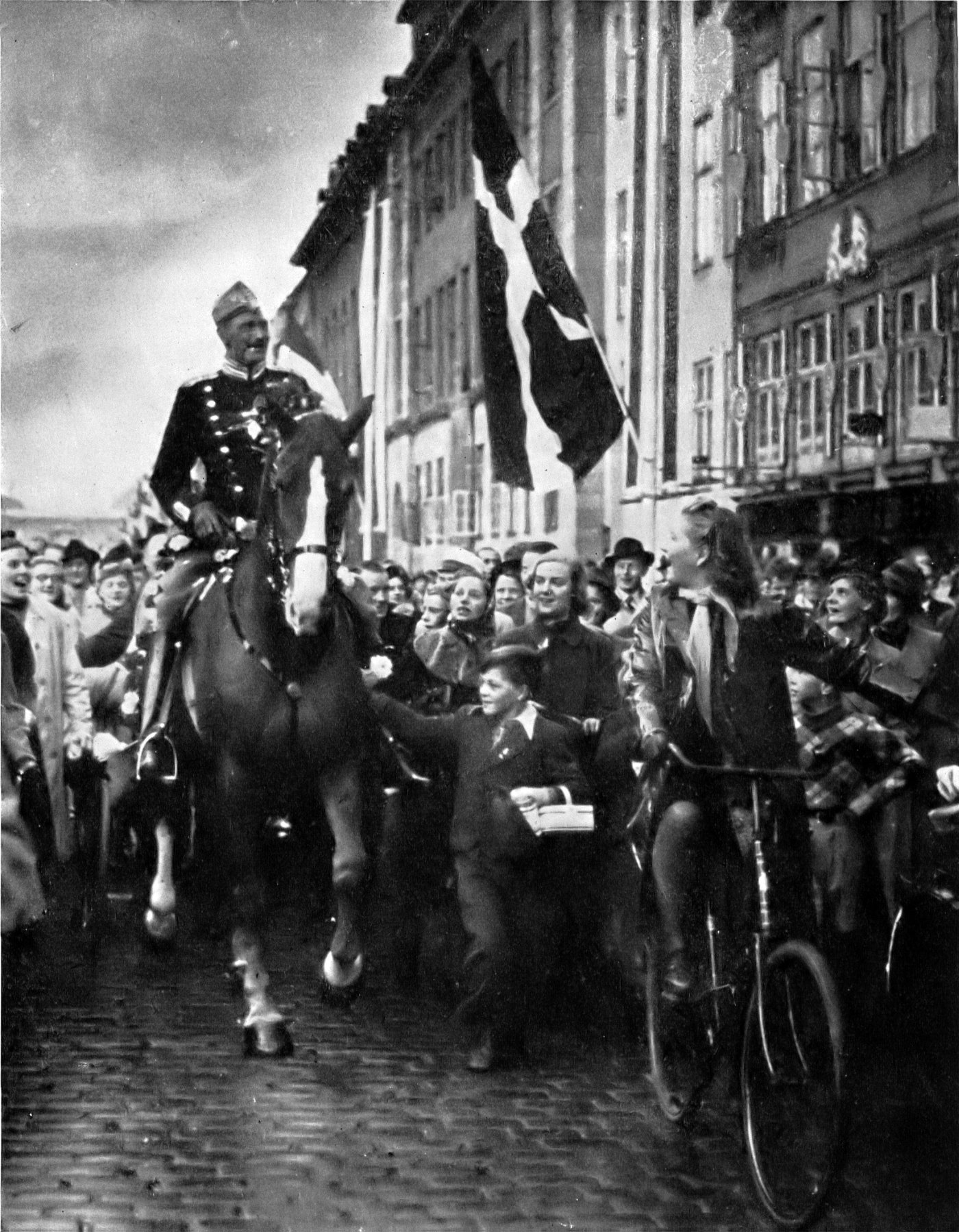 King Christian X of Denmark, riding through Copenhagen on September 26th 1940, on his 70th birthday.

Denmark was previously occupied by Germany on April 9th 1940, and was only liberated at the end of the war, although there has been very strong resistance by the Danish people against the German occupation, particularly after August 1943.

King Christian X ruled through both World Wars. In WW2, having no other choice, he adopted a policy of cooperation with the occuppying forces. Still, he was viewed as a symbol of resistance by the Danish people, mainly due to his daily rides through Copenhagen with no guards.

A horse riding accident in October 1942 badly injured King Christian, and he remained pretty much invalid until his death and the end of his reign. Despite not being very popular prior to WW2, having initiated the Easter Crisis of 1920, by the time he passed away he was considered one of the most appreciated Danish Monarchs in modern times.

He died on April 20th 1947 at the Amalienborg Palace in Copenhagen.