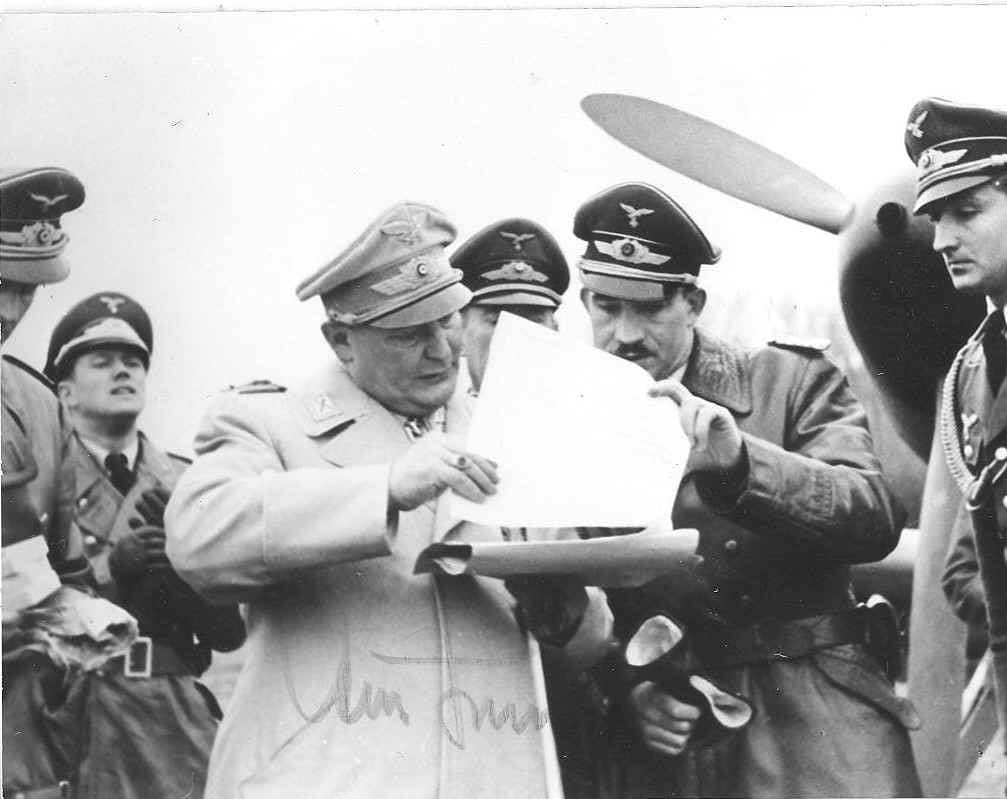 Date and location of the picture are unclear, although the photo was likely taken in 1941.

Galland was one of the legendary pilots of WW2. He survived being shot down four times, and was credited with 104 aerial victories.

Starting with 1942, Galland began having disagreements with Goering regarding strategy and tactics. The two often had words, to the point at which Galland requested to be dismissed from his leadership role in late 1943. Goering agreed, but shortly after he apologized and reinstated Galland.

After being imprisoned for two years at the war’s end, Galland flew to Argentina in 1947 where he served in the Argentine Air Forces, receiving multiple awards.

Galland returned to Germany in 1955. He died in 1996, aged 83. To this day, his memoirs represent one of the most appreciated ww2 books.