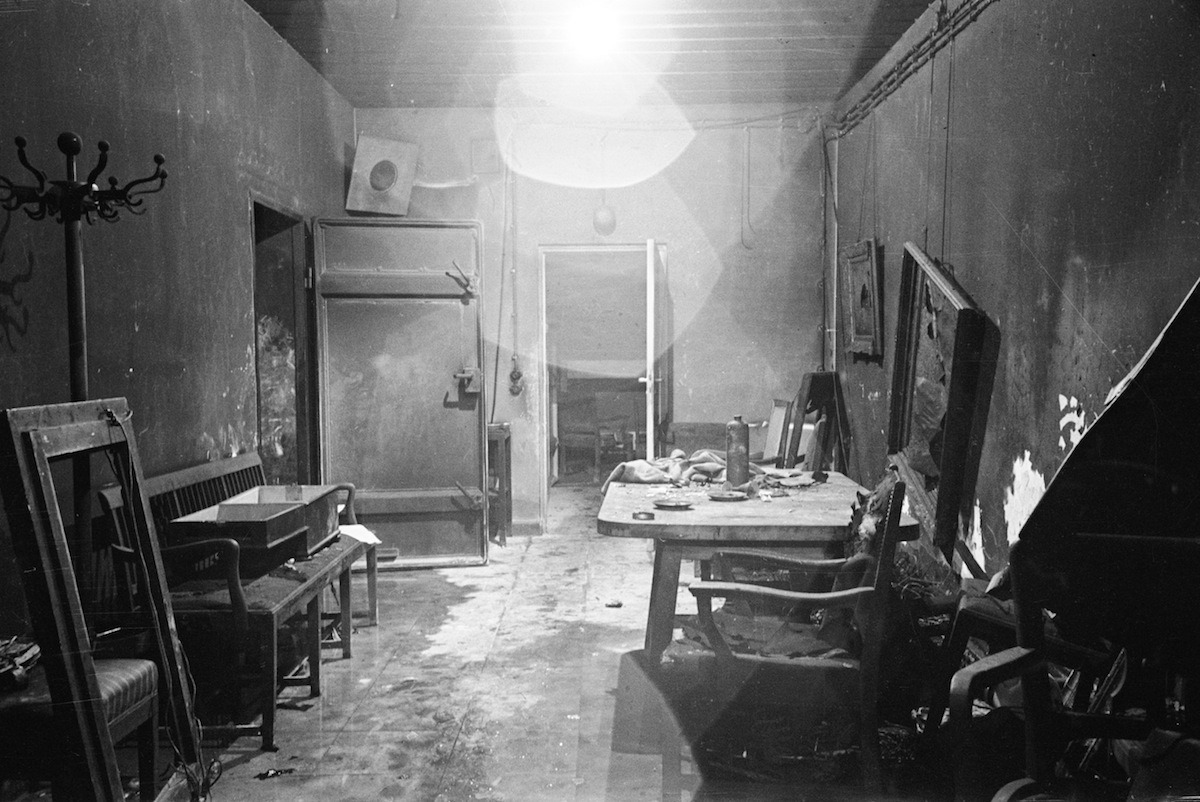 Fuhrerbunker conference room photographed in July 1945. The conference room was positioned right next to the chamber in which Adolf Hitler committed suicide on April 30th, 1945.

The Führerbunker fell into Soviet hands in early May after the Fall of Berlin, and the first images of its interior were captured by the Western Allies in July.

Over the years, Allied forces and German governments have taken all measures to ensure that all traces of the bunker and neighbouring Reich Chancellery were erased, including planning construction in such a way that the area became mundane and unremarkable. The Führerbunker exit site has now become a car park. An information board installed in 2006 remains the only connection to the history of the area.