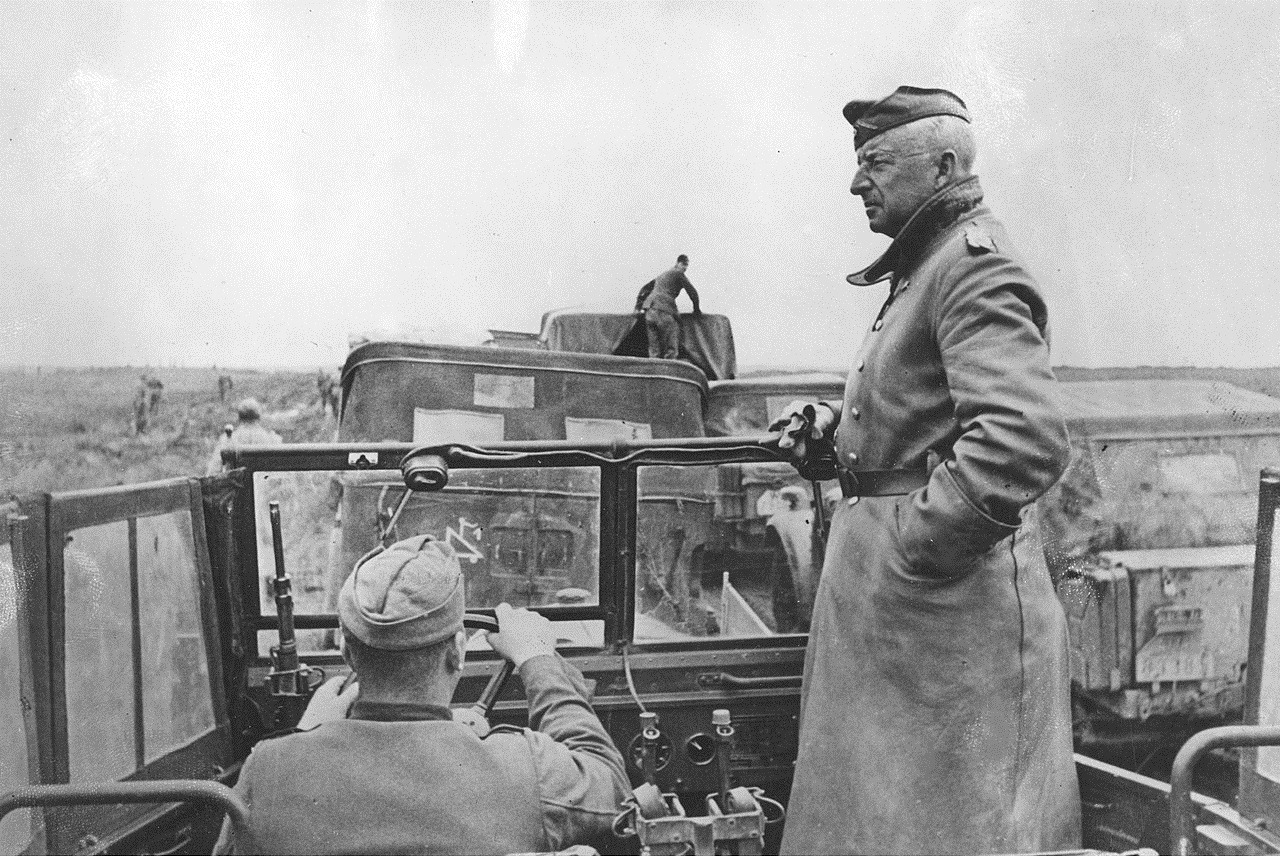 The Battle of the Kerch Peninsula was a conflict between Axis Forces (Germany and Romania) and the Soviet Union, which took place between December 1941 – May 1942.

Germany’s victory in May 1942 allowed them to focus on the ongoing siege of Sevastopol (which was captured one month later), and to use the Kerch Peninsula as a critical launchpad for trying to capture the Caucasus oil fields.

Erich von Manstein (who was promoted to Field Marshal after the Kerch battle), a WW1 veteran, was widely argued to be the top German commander during WW2, as well as a military and strategic genius.

Von Manstein devised the ingenious and highly successful plan for the invasion of France (choosing to attack via the Ardennes as opposed to Netherlands), and commanded a number of victorious campaigns on the Eastern front, including the Siege of Sevastopol (1941-1942), the Battle of the Kerch Peninsula (1941-1942) or the Third Battle of Kharkov (1943). He participated in a leading position in many other successful campaigns in the East (as well as in the siege of Stalingrad).

In 1944 von Manstein fell out of favour with Hitler, and was not appointed to another post for the rest of the war.

During the Nuremberg trials, von Manstein insisted the Wehrmacht was not to blame for the ethnic genocide carried on during the war, but was simply following orders and doing its duty.

He was convicted to 18 years in prison, served 4, and was an important figure in the rebuilding of the German army during the ’50s.

Erich von Manstein died of a stroke on June 9th 1973, aged 85. He received full military honors at his funeral.