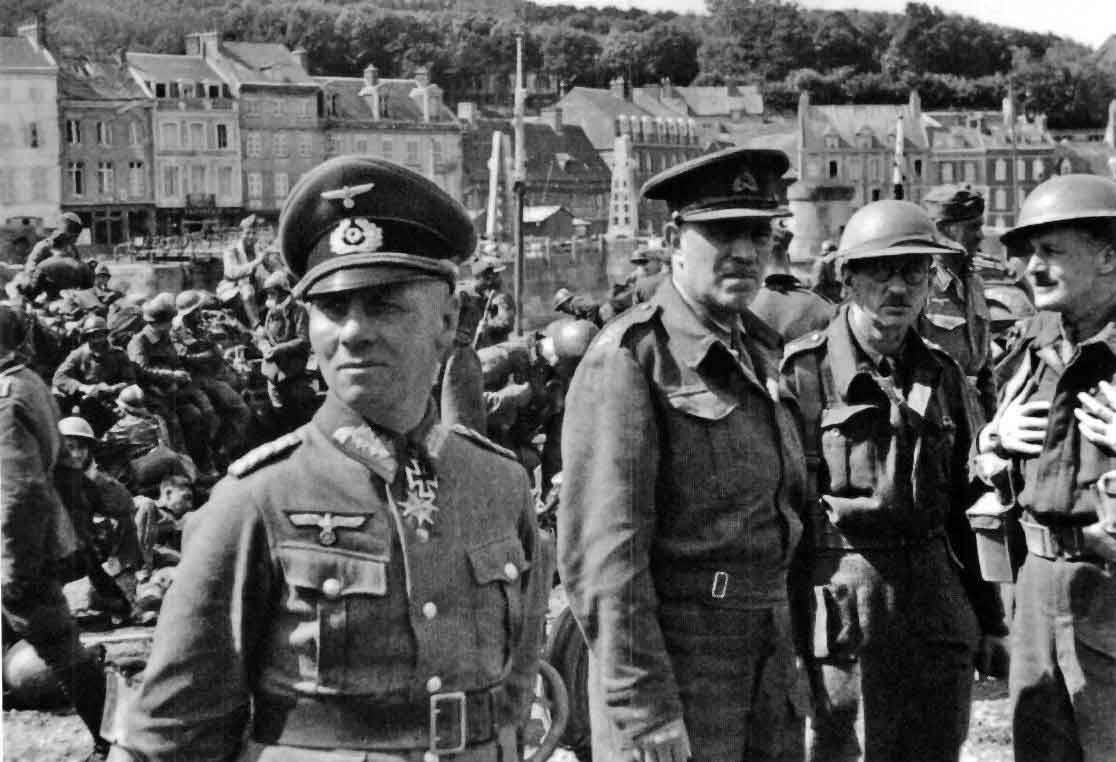 Field Marshal Erwin Rommel (the “Desert Fox”) with British POW’s at the French port of St Valery-en-Caux during the Dunkirk evacuation (1940).

Erwin Rommel was a distinguished officer in World War One and one of the central figures of World War Two.

In WW2, Rommel earned a reputation as one of the best tank commanders in the War due to his exploits in the 1940 invasion of France, and especially because of his leadership and success in the North Africa campaign. He was a master tactician and employer of the Blitzkrieg strategy. He was highly revered and respected even by enemies.

It is speculated (but not proved) that Rommel was involved in the 1944 plot to assassinate Hitler, presumably because he realized the war was lost and that eliminating Hitler would be the only way out for Germany. It is documented that Rommel did plea for peace to be attempted with the Western Allies.

Rommel comitted suicide by cyanide on 14 October 1944, after interrogations regarding the failed attempt on Hitler’s life. Supposedly he chose to take his own life either knowing that he would be assassinated anyway by the SS, or because he was given the choice between suicide as a war hero, or trial.