A Char B1 Bis tank disabled in 1940, Northern France 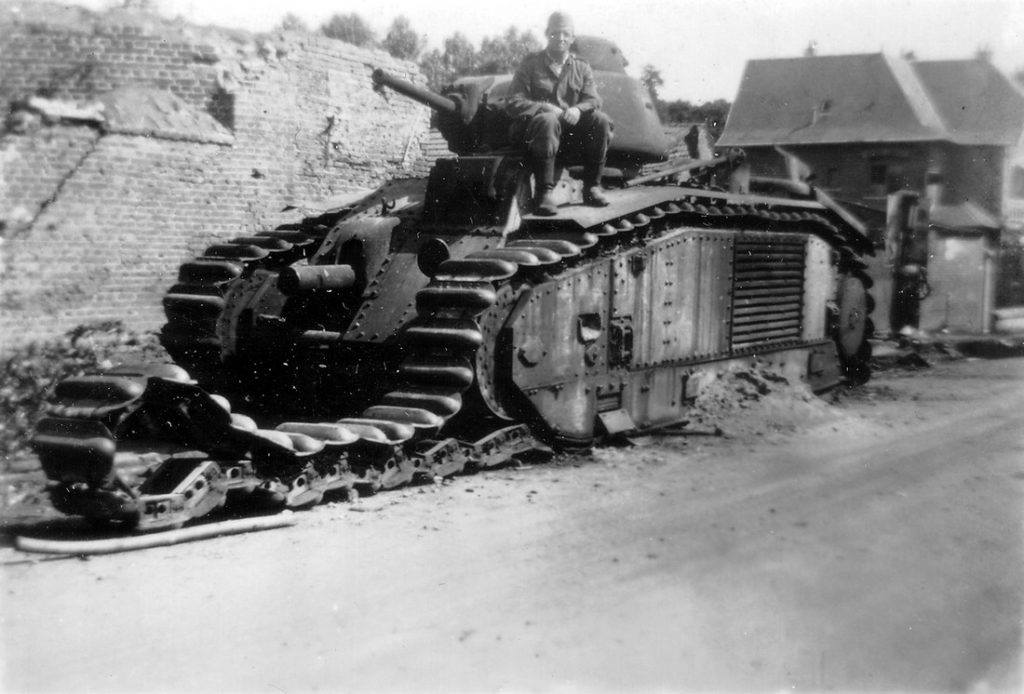 German Wehrmacht soldier sitting on top of a disabled Char B1 bis tank in Northern France, 1940.

The Char B1 was a French medium tank which was used as a break-through vehicle and as a battle tank.

The Char B1 bis most famously fought in the Battle of France (1940), where it was very strong and effective, but eventually outmatched by the Panzer IV and the German army.

After the French surrender, the Char B1 bis was used by the Wehrmacht under different names as a training vehicle, supply vehicle, flamethrower, or in the second line of the front.