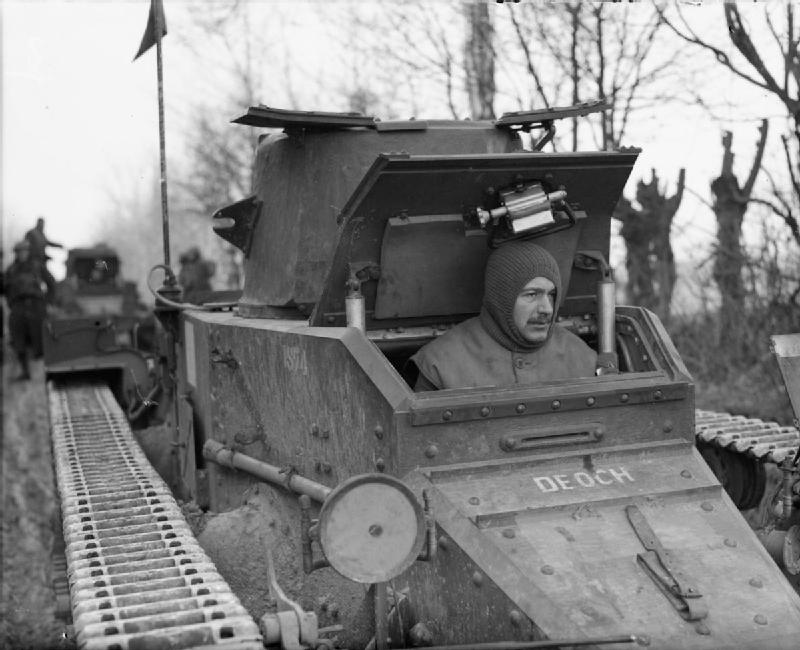 Matilda I Tank of the 4th Royal Tank Regiment (Scottish) and its driver photographed in France, January 12th 1945. As we can see in the image, the tank is nicknamed DEOCH (meaning “drink”).

The Matilda I infantry tank served in the British Army between 1938 and 1940, when the Matilda II was introduced (an entirely separate design). The tank had half-decent success during the Battle of France, mainly due to its heavy armor. However, it was slow, poorly armed and cramped, and was actually obsolete before it even came into service. It was closer to a World War One design, and offered little to no attacking threat.