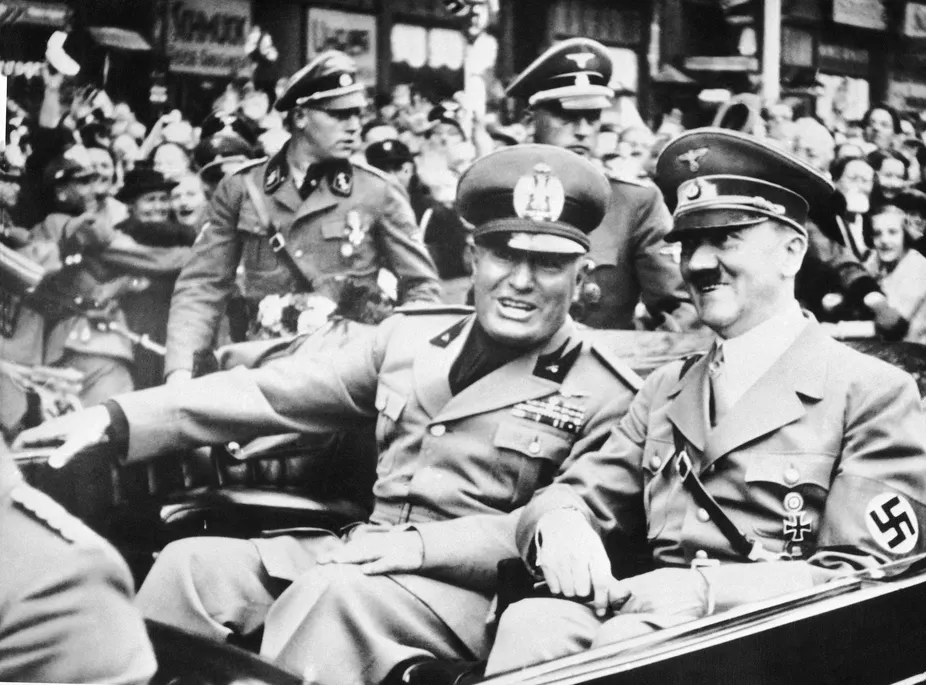 Benito Mussolini meets Adolf Hitler in Munich, with the Italian leader having traveled to discuss the French armistice request on June 18th, 1940.

Although Mussolini intended to gain a hefty share of spoils from the French, Hitler did not want to discuss it. What’s more, the Fuhrer declared that he will sign the armistice in the Compiegne Wagon (same train carriage in which Germany surrendered in WW1) by himself, without Mussolini. As such, the Italians had no choice but to settle a separate peace agreement with France.

📖 With Hitler and Mussolini: Memoirs of a Nazi Interpreter (Eugen Dollman, 2017)