Albert Einstein at the Royal Albert Hall in London, 1933 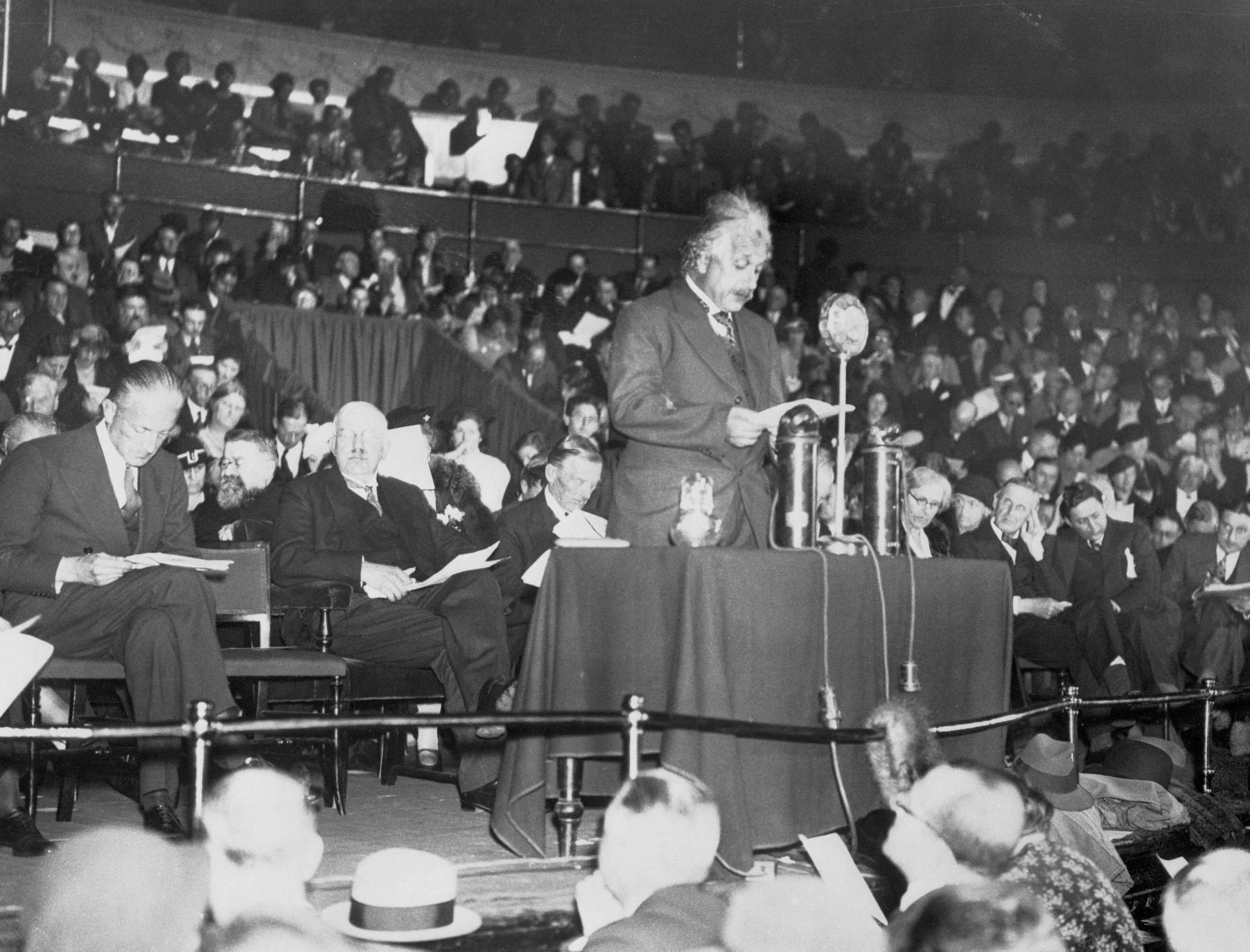 Albert Einstein delivering a speech at the Royal Albert Hall in London, during a gathering to aid the Jewish refugee fund. October, 1933.

In March 1933, while returning to Europe after a visit to the United States, and learning about the passing of the Enabling Act in Germany (which gave Hitler plenary powers), Einstein went to the German consulate in Antwerp and renounced his German citizenship.

He then moved to the US, and wrote to fellow physicist Max Born: “I must confess that the degree of their brutality and cowardice came as somewhat of a surprise” (referring to the Nazi government).