Adolf Hitler and Joseph Goebbels at the UFA film studios, 1935 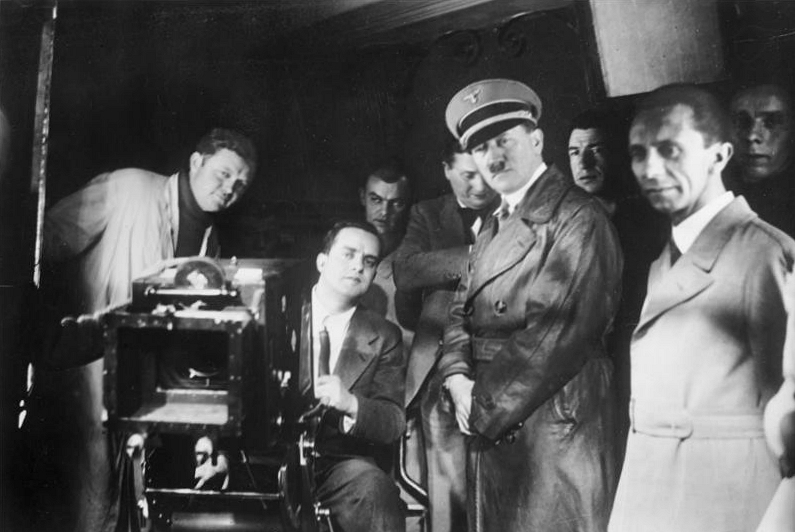 Adolf Hitler and Joseph Goebbels being shown a production while taking a tour of the UFA film studios in Babelsberg, January 1935. Production manager Gunter Stapenhorst is on the left. He emigrated to the UK in 1935, before returning to Germany (via Switzerland) in 1941 and trying a comeback at UFA.

Having been established during World War One, the UFA studios (once the biggest cinema company in Europe) were responsible for the making of many famous films during the National Socialist regime, including Leni Riefenstahl’s “Triump of the Will” (1935). The production values were considered to be outstanding and ahead of their time.