Yang Kyoungjong was a Korean soldier who is thought to have fought for the Imperial Japanese Army, the Soviet Red Army and the German Wehrmacht – thus being the only soldier in recent history to have engaged on three sides of a war. Although there are some who dispute the fact that he even existed (and there is no evident proof of that), many historians consider his story to be a certainty, and it is generally accepted as such in the mainstream. 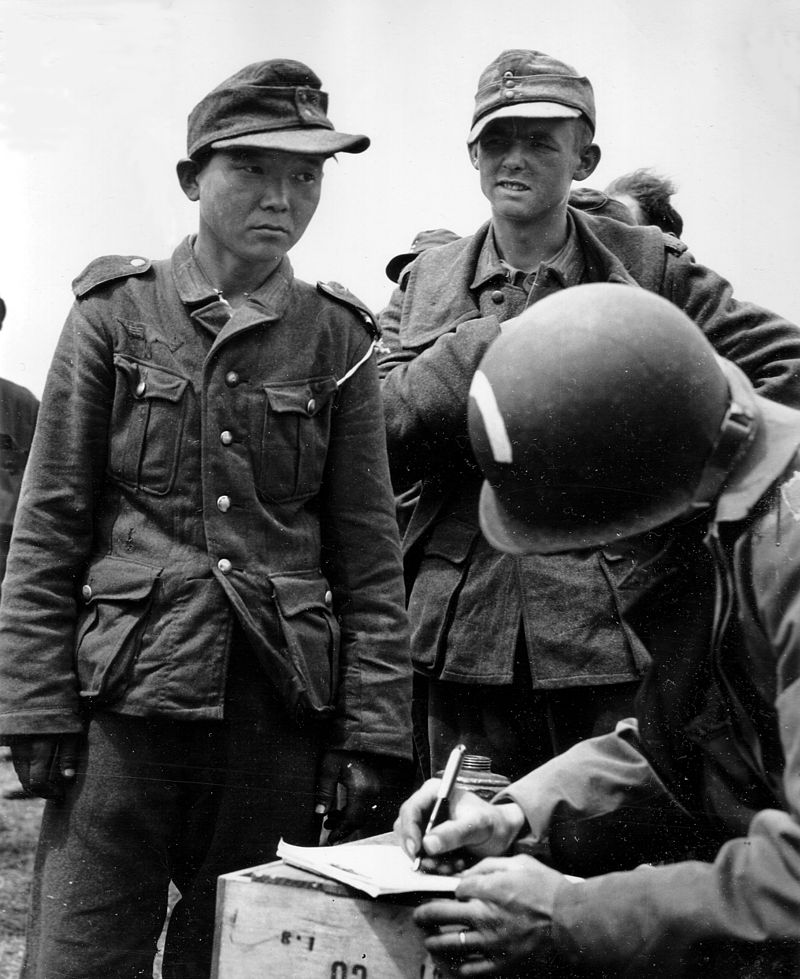 In the photograph we see A US Army Captain taking into evidence a Wehrmacht soldier, who is believed to be Yang Kyoungjong (left), during the Normandy invasion. Utah Beach, June 1944.

As Korea was under Japanese rule at the time, Yang served in the Imperial Japanese Army from 1938 (aged 18) to 1939, when he was captured and imprisoned by the Soviets during the Battle of Khalkhin Gol.

During 1942, he and other prisoners were sent to fight for the Red Army on the Eastern Front. Captured by German soldiers in early 1943, during the Third Battle of Kharkov, he was enlisted in the Wehrmacht Eastern Battalions.

Yang Kyoungjong was captured again in June 1944, this time by US paratroopers, at Utah beach, during the Normandy invasion. The Americans identified him (and three others) as “Asians in German uniform” and believed him to be Japanese. This time he wasn’t sent to fight for a fourth side, however. Instead, he was sent to a prison camp in Britain, and later moved to a camp in the United States. He was supposedly released from captivity in 1947, remaining in the USA as an American citizen until his passing away in 1992.

Photo source: US National Archives (Yang Kyoungjong is not named in the official description of the image. Instead, it reads “young Japanese man”)