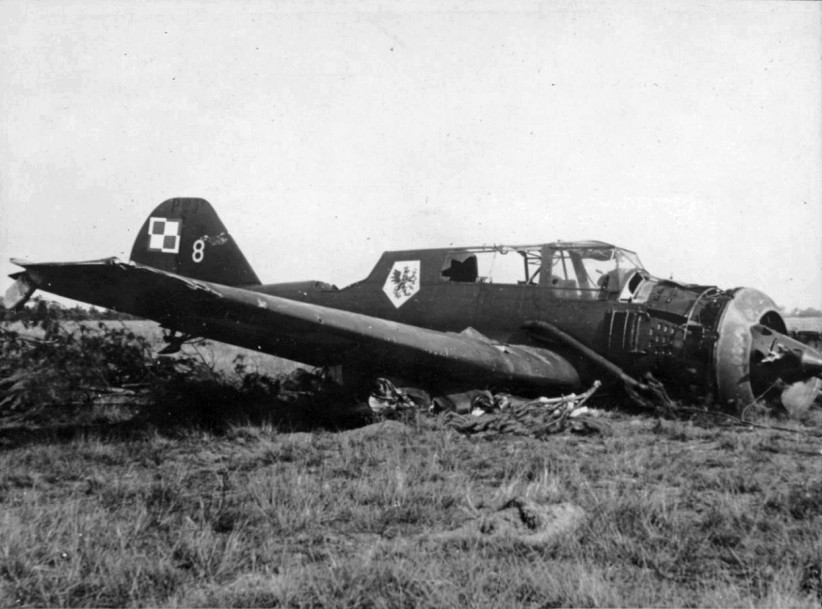 The PZL.23 Karas was a Polish light bomber and reconnaissance aircraft, designed in the early 1930s. It first flew in 1934, and entered service in 1936. The 23B variant (pictured here) was equipped with a superior Pegasus VIII engine.

The PZL.23 was not hugely successful. There were some issues which forced the PZL 23 aircraft into limited service when it was first introduced, and by 1939 it was already approaching obsolescence, mainly due to its low speed, difficult manoeuvrability during higher speeds, and relatively light armor. Still, it was Poland’s primary light bomber and reconnaissance aircraft during the German invasion, where it suffered massive losses.

The aircraft was also used by the Romanian Air Force during Operation Barbarossa in the early 1940s, and by the Bulgarian Air force for training purposes until 1946. As far as it is known, no PZL.23 Karas aircrafts survived the War.