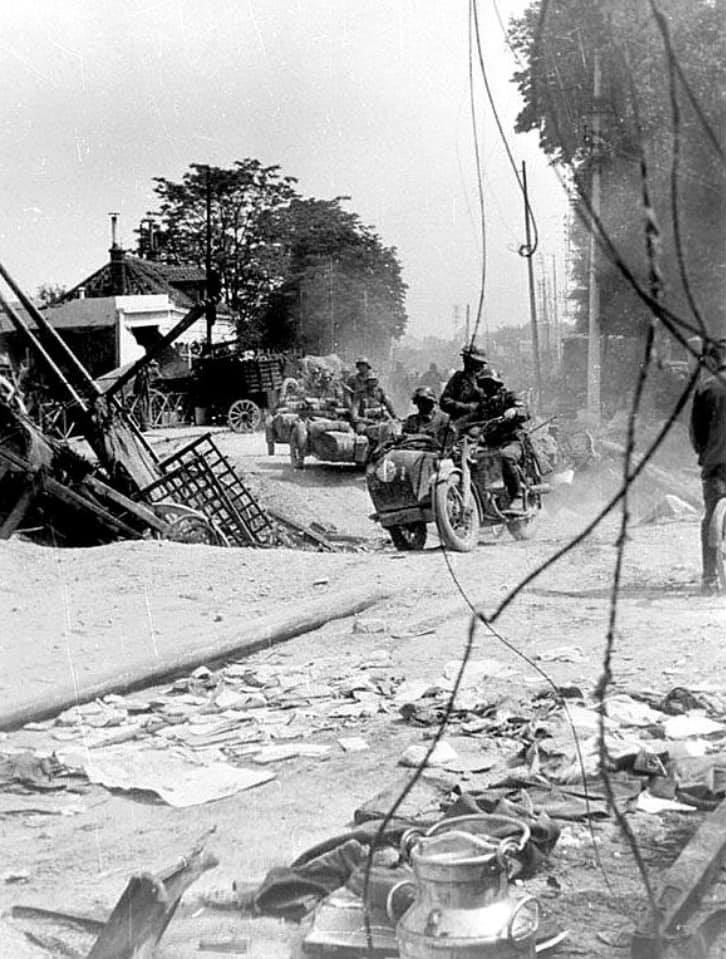 German soldiers on motorcycles riding through a devastated French town sometime in May 1940, in the midst of the Battle of France.

The Wehrmacht often used motorcycles during their advance through France, mostly produced by BMW and Zundapp, but also by DKW, NSU, Triumph or Victoria. The motorcycle divisions were quite effective in the blitzkrieg war across Western Europe, being employed for reconnaissance missions, tank hunting, patrolling, police duties or messaging, among other uses. 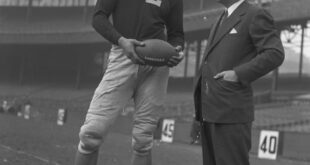