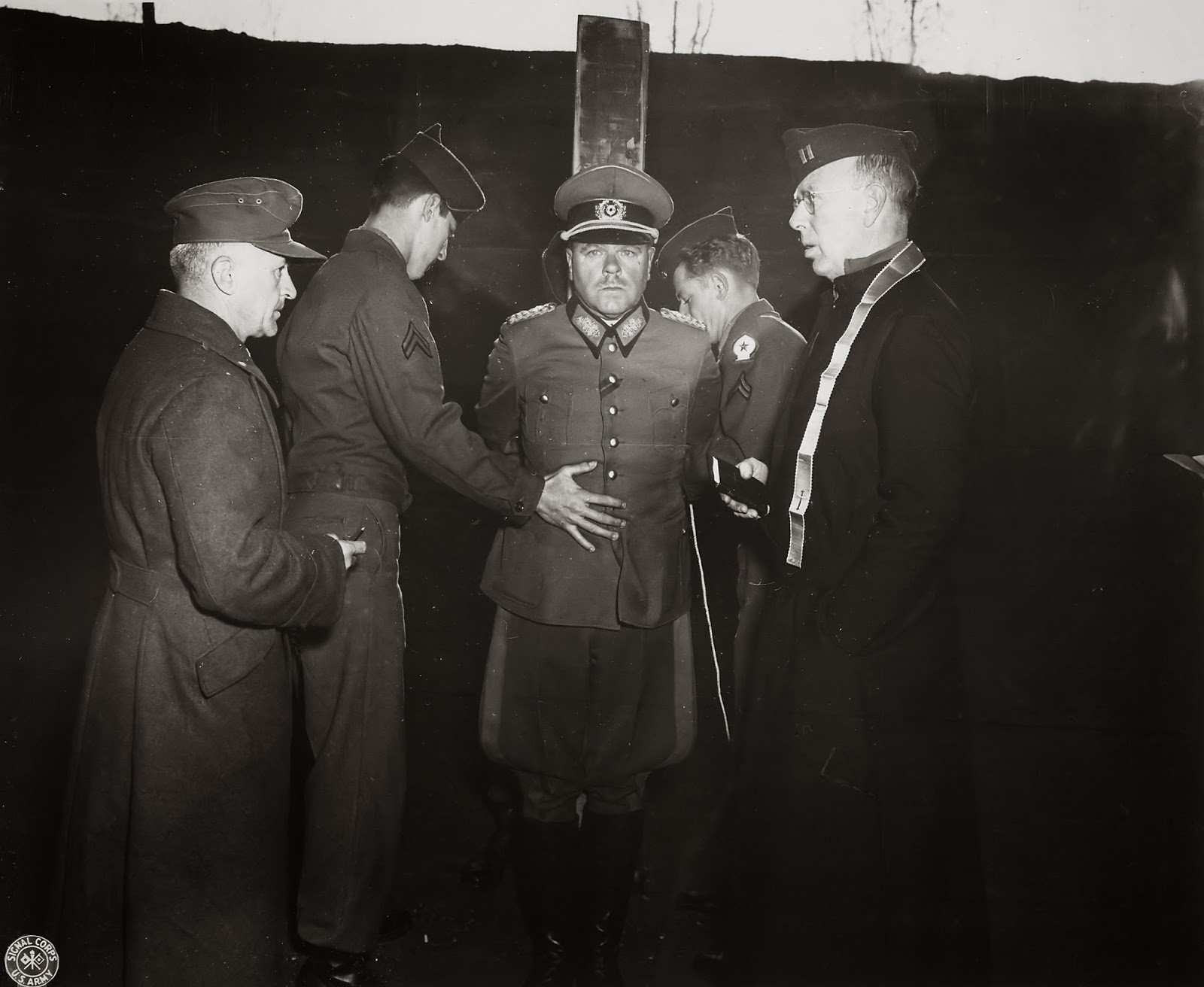 A couple of US Corporals are pictured while tying Wehrmacht General Anton Dostler to a stake before his execution by firing squad. December 1st, 1945, Aversa, Italy.

Anton Dostler was Commander of the 75th Army Corps and was sentenced to death by an United States Military Commission in Rome, after being found guilty of ordering the shooting of 15 American prisoners of war in La Spezia, Italy, on March 26, 1944.

📖 After the Reich: The Brutal History of the Allied Occupation (Giles MacDonogh, 2007)