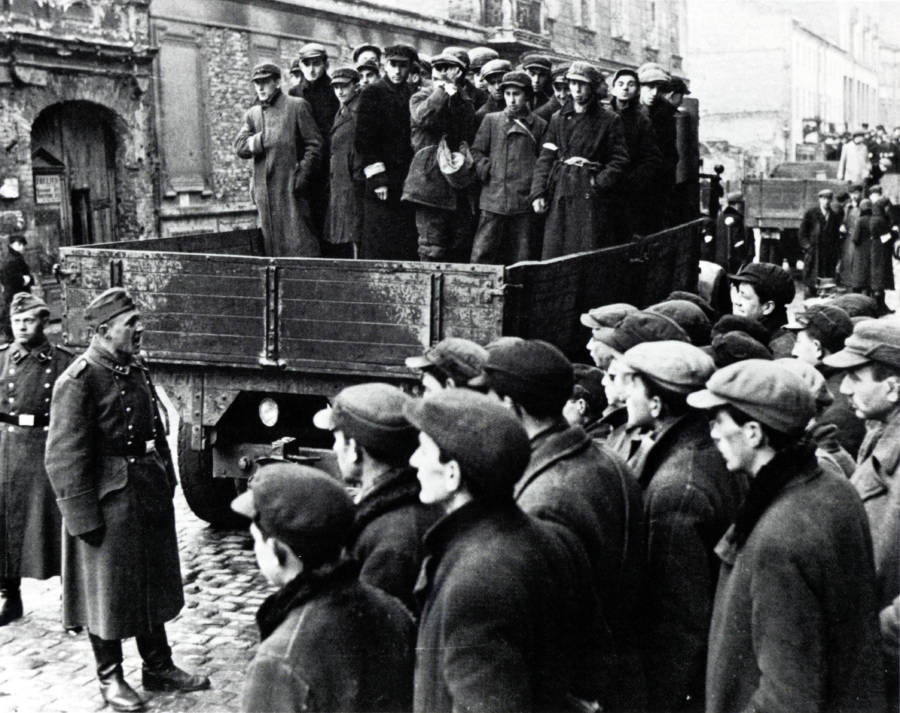 Wehrmacht soldiers overseeing a transport of Jewish people to a workplace. Warsaw Ghetto, 1941.

The Warsaw ghetto was established in late Autumn 1940 by German authorities in order to separate Jewish people from the rest of the population. Jewish people would then be deported to work and concentration camps. The ghetto was abolished in the Summer of 1943.

Niklas Frank, son of Hans Frank (Governor-General of the General Government of Poland), mentioned how his mother was often going into the ghetttos because “the clothes had great craftsmanship and the prices were cheap”.

Niklas Frank always vehemently condemned his father’s actions and the regime of those times.