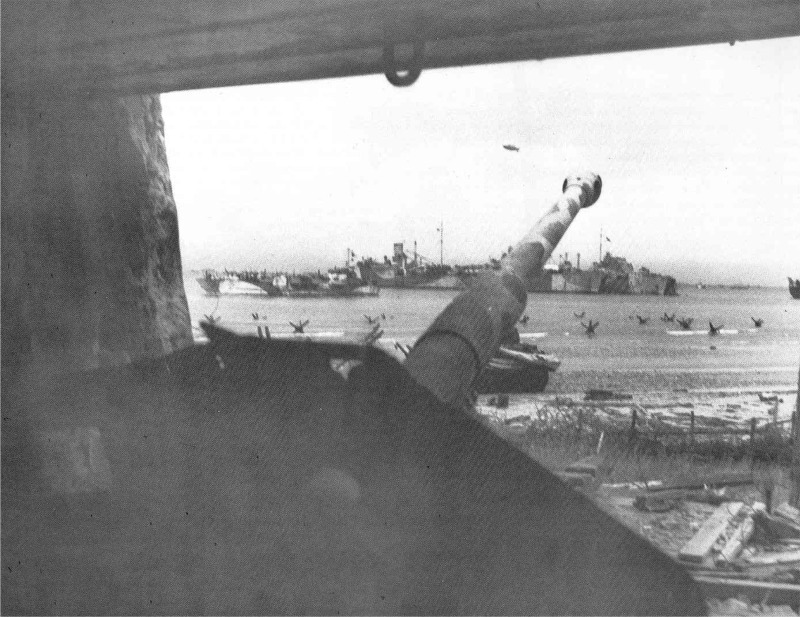 View of Juno beach on D-Day from a German antitank casemate in Courseulles-sur Mer, France.

On June 6th, 1944, the Allies landed in Normandy, on the day now known as D-Day. Although the Allied managed to weaken German resistance in Normandy with deception tactics, misleading the Germans about the date and location of the landings, they still faced strong Axis defense, including mines and fortifications (6 million mines were laid in Northern France along the “Atlantic Wall” line of coastal defense).

Initial efforts were not very successful and casualties mounted, but eventually Allied forces gained a foothold in Normandy which allowed them to build the invasion forward. Caen, a major objective, was finally captured 6 weeks after the landings on July 21st.

📖 The Germans in Normandy (Richard Hargreaves, 2006)