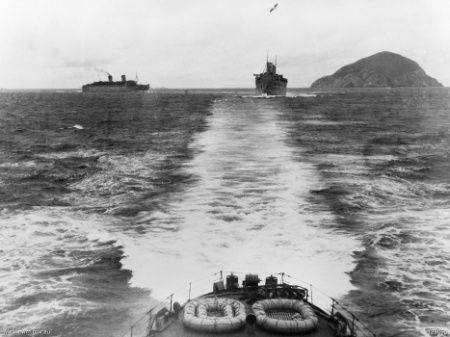 HMAS Sydney was sunk in a half hour single ship battle with the German Auxiliary cruiser Kormoran on November 19th 1941. Both ships were destroyed, with mystery still involving the battle. The two wrecks were discovered in 2008.

The two UK ocean liners survived the war. RMS Queen Elizabeth was destroyed by a fire in 1972, while RMS Queen Mary still survives as a museum ship.