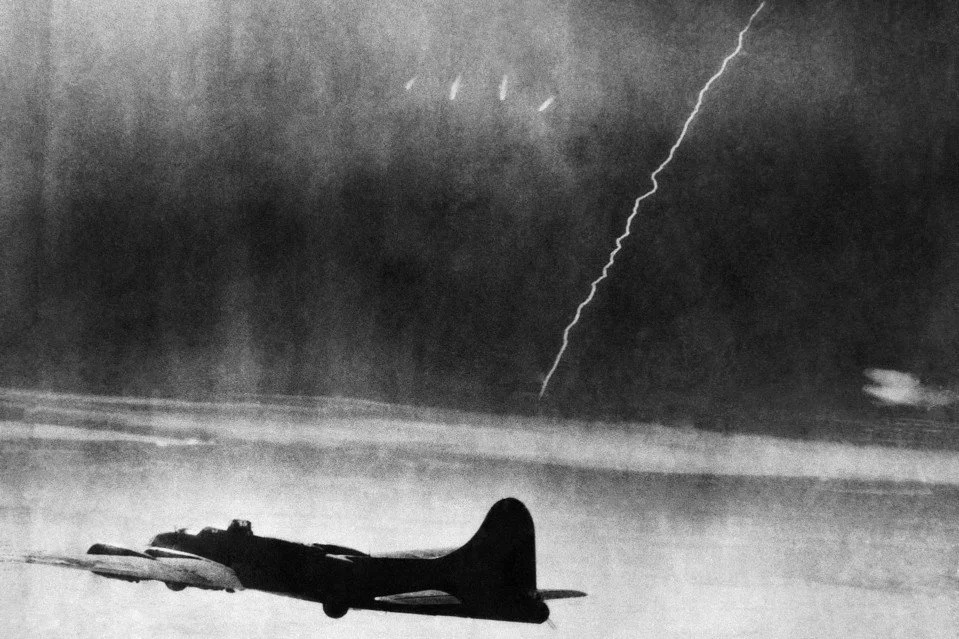 A Boeing B-17 Flying Fortress heavy bomber of the US Air Force is pictured in flight with the trail of a German V-2 missile in the background.

The date and location of the image are unknown, but it must be sometime between late 1944 and early 1945, as that was the time when the V-2 was used in World War II.

The V-2 “miracle weapon” was the world’s first long range guided ballistic missile, and it must have been quite a sight and feeling for the B-17 pilot seeing it travel in the vicinity of his aircraft.

There has been a story of a B-24 Liberator US heavy bomber supposedly shooting down a V-2 rocket, a story which can be traced to David Johnson’s “V1-V2: Hitler’s Vengeance on London” book, published in 1982. However, this claim can not be verified and it is highly unlikely. Chances are it is either false, or it could have been a V-1 rocket which was shot down – while still a Herculean achievement, that seems like a more realistic possibility, as the V-1 was not as technologically advanced (although still impressive for its time), and there are further reports suggesting it might have happened.