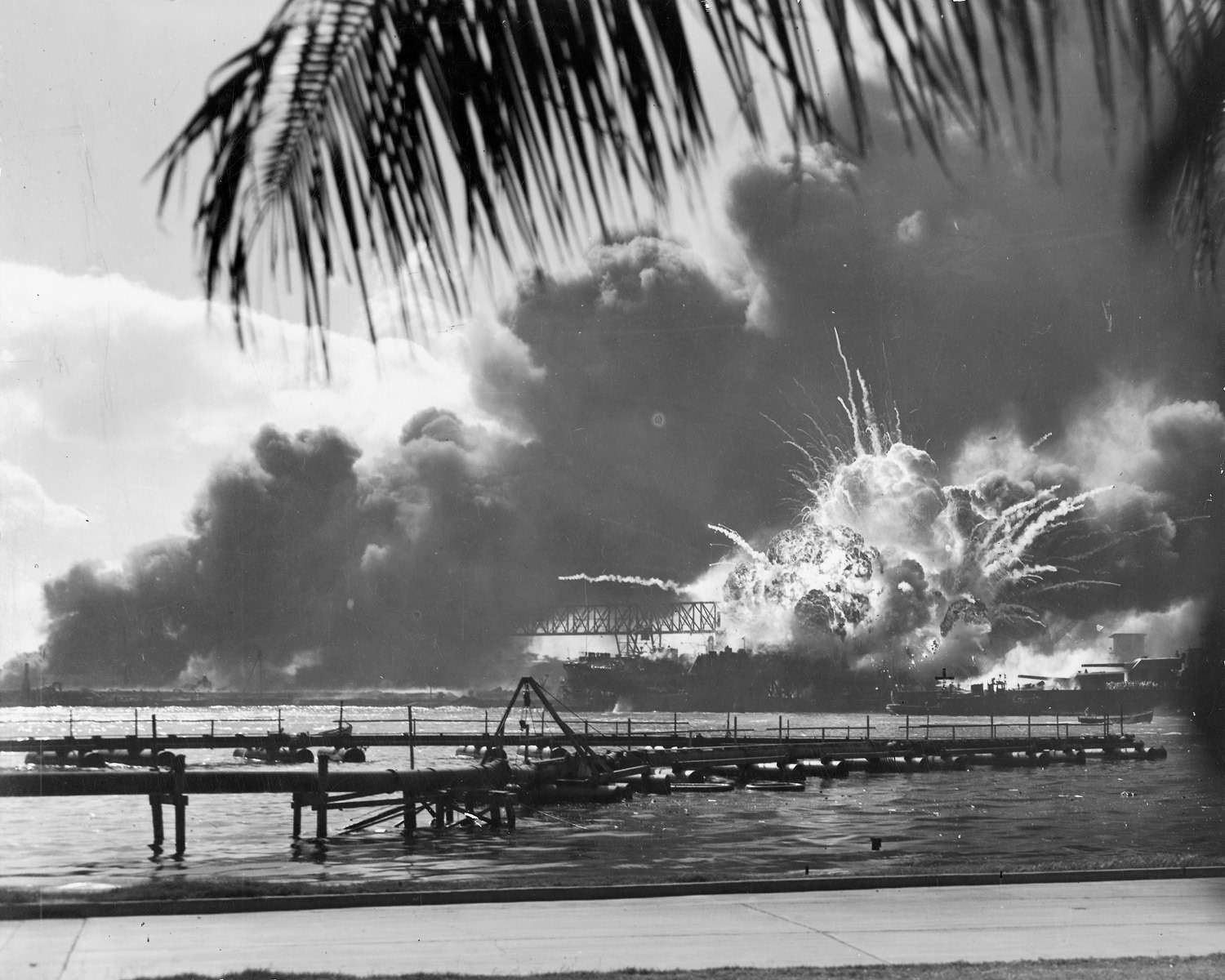 The forward magazine of the Mahan-class destroyer USS Shaw exploding during the Pearl Harbor bombing on December 7th, 1941.

The ship was repaired a few months after the attack, and served in the Pacific for the rest of the war. It was decommissioned in October 1945, and was sold for scrap in July 1946.

The attack on Pearl Harbor was meant as a preventive measure to keep the Us Navy from interfering with Japan’s campaign in Southeast Asia.

Japan planned to declare war on the US before the bombing, but due to poor communications and logistics, the attack took place before war could be declared.

As it is well known, Pearl Harbor led to the United States officially entering WW2, although the Americans were already assisting the Allies by that point.