US troops enter the razed French town of Saint-Lo, July 1944 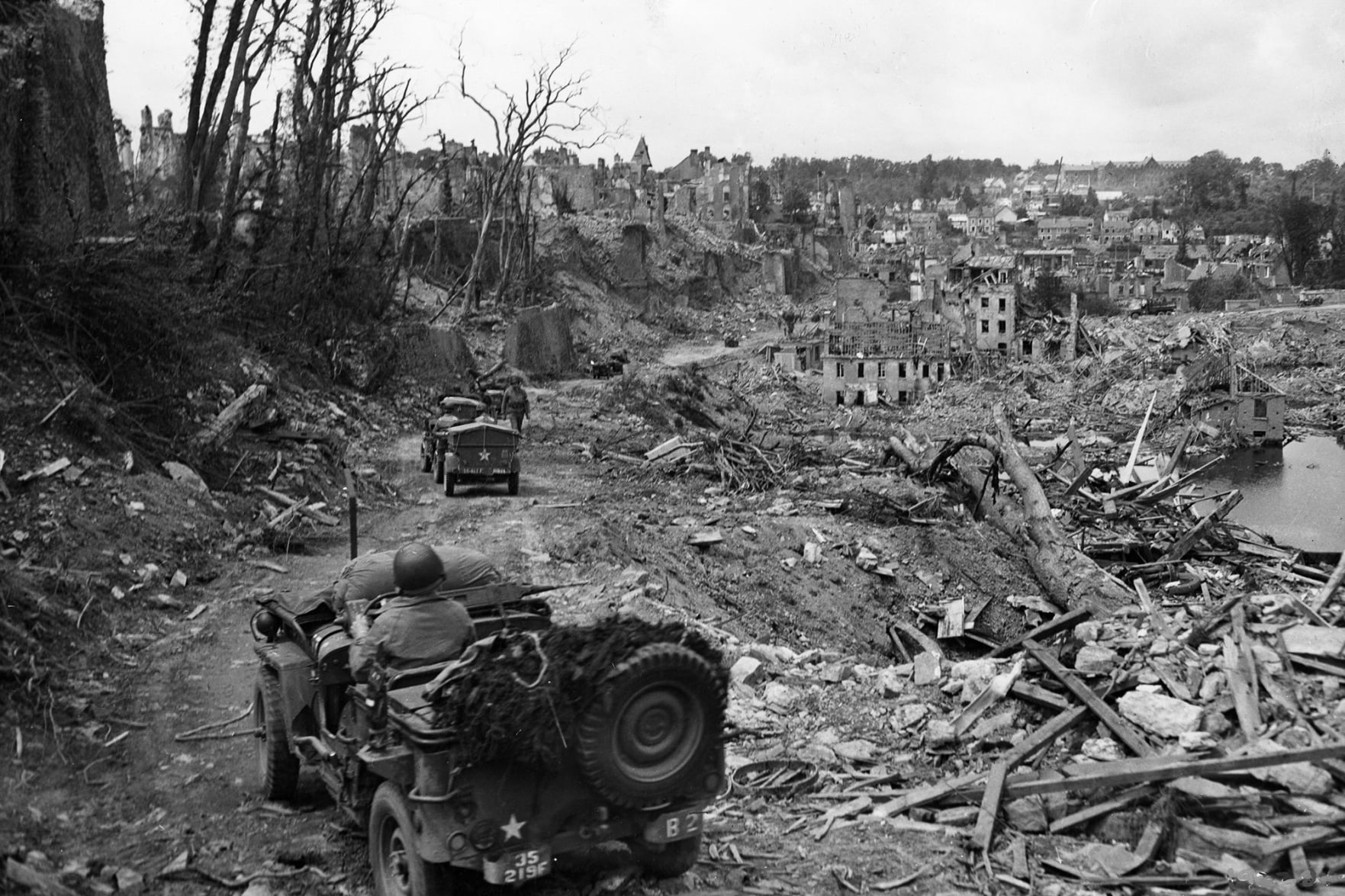 US soldiers enter the ruined French town of Saint-Lo in July 1944, six weeks after D-Day. 95% of the city was destroyed by American bombardments as the Allies retook it from Germany on July 18th 1944.

Due to the colossal damage it suffered, Saint-Lo was subsequently nicknamed “The Capital of Ruins”.

More than 60.000 civilians, mostly French, were killed in the three month bombing campaign undertook by the Allies in preparation for the June 6th D-Day invasion.

📖 Beyond the Beach: The Allied War Against France (Stephen A. Bourque, 2018)

Image source: US Department of Defense