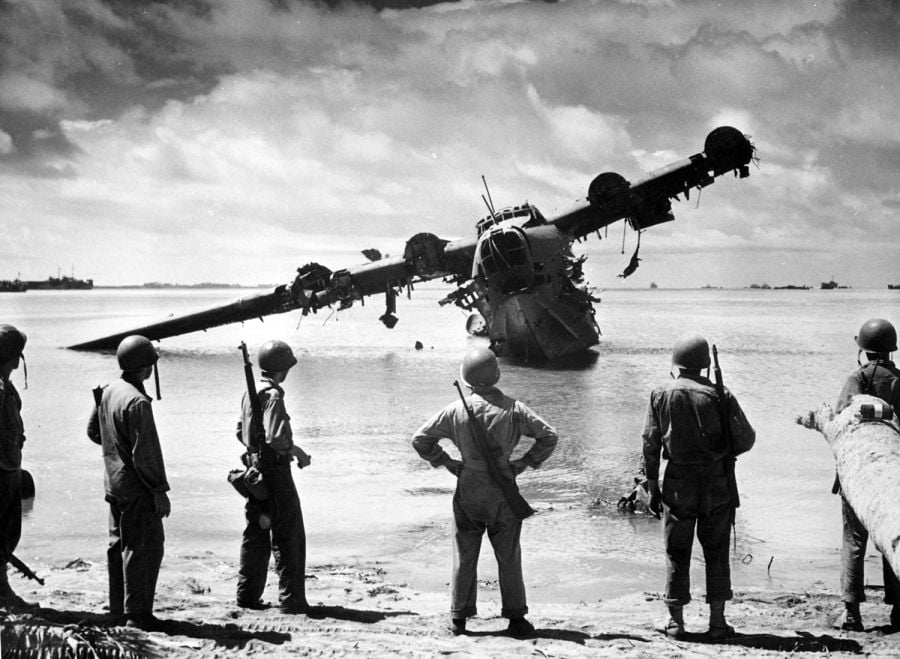 A shattered Japanese Kawanishi H8K seaplane is watched by US soldiers after strafing (attacking ground targets with automatic weapons), likely on the Kwajalein Atoll of the Marshall Islands in early 1944.

The Battle of Kwajalein, fought between January 31st and February 3rd 1944, saw the United States defeat a small (around 8500, of which only ~200 survived) but stiff resistance and penetrate the outer ring of the Japanese Pacific Sphere for the first time.