US soldier waves off a departing bomber at an airbase in China, 1943 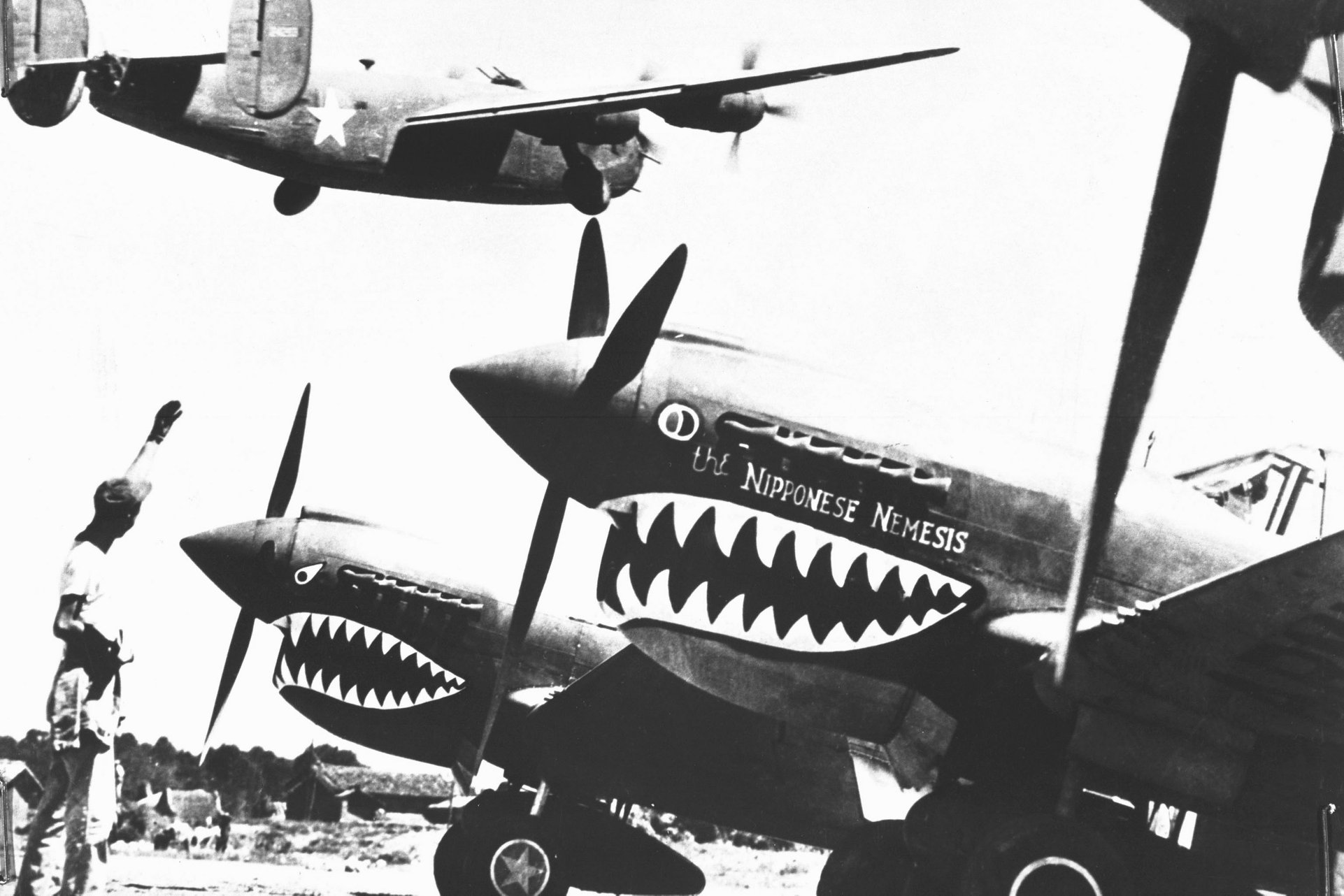 An American soldier waves off a US Army Air Force Liberator bomber which had just departed for a raid over Japan (we can see the landing gear receding). The image was taken on September 13th, 1943, at an advanced US base in China, one of many American bases on Chinese territory.

In the foreground are two US P-40 fighter planes with shark nosed bows painted, and on the nearest one we can read the inscriprion “The Nipponese Nemesis”.