US soldier on guard in “luxurious” foxhole, Battle of the Bulge 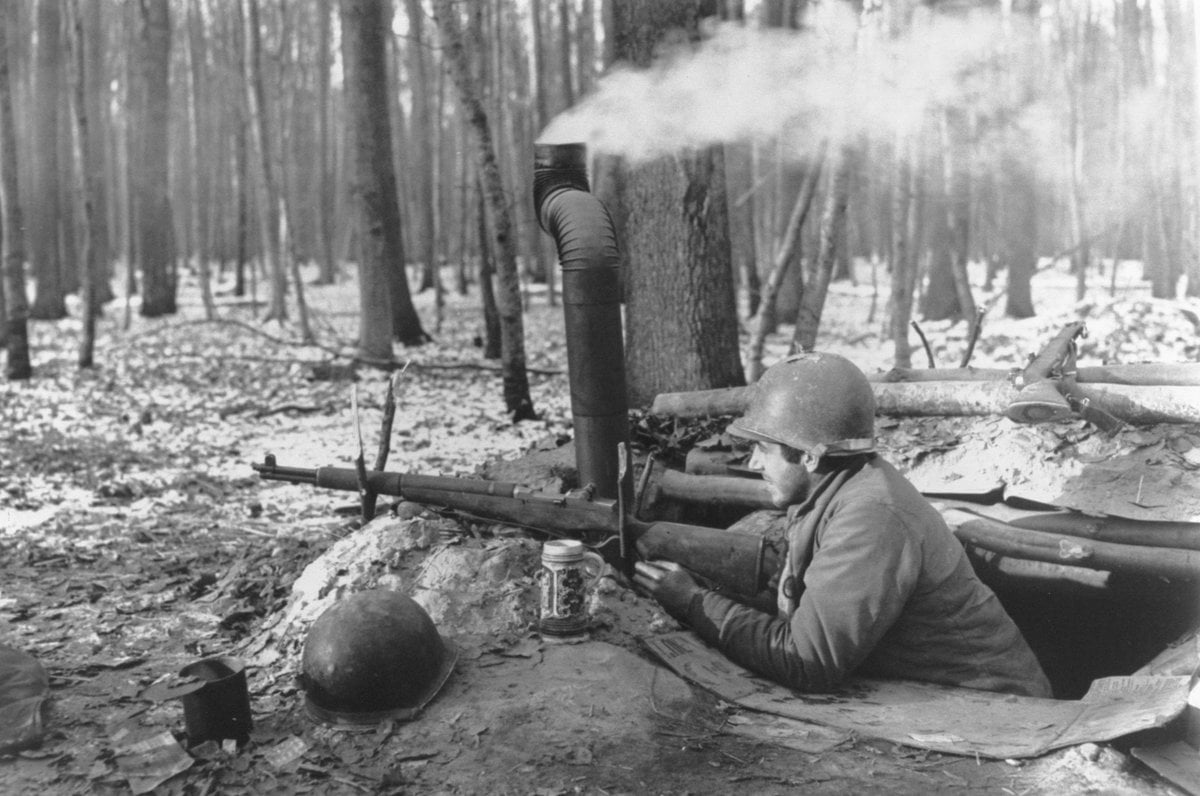 American soldier photographed in his ‘fancy’ improvised foxhole, reportedly in the Ardennes during the Battle of the Bulge, between December 1944 and January 1945.

A roof, a makeshift stovepipe and a German beer mug are ‘5 star’ items that can be seen in the image, as the GI tried to provide himself with the best possible shelter during those dire times.

📖 The Longest Winter: The Battle of the Bulge and the Epic Story of World War II’s Most Decorated Platoon (Alex Kershaw, 2004)

📖 The Battle of the Bulge: The Photographic History of an American Triumph (John R. Bruning, 2009)