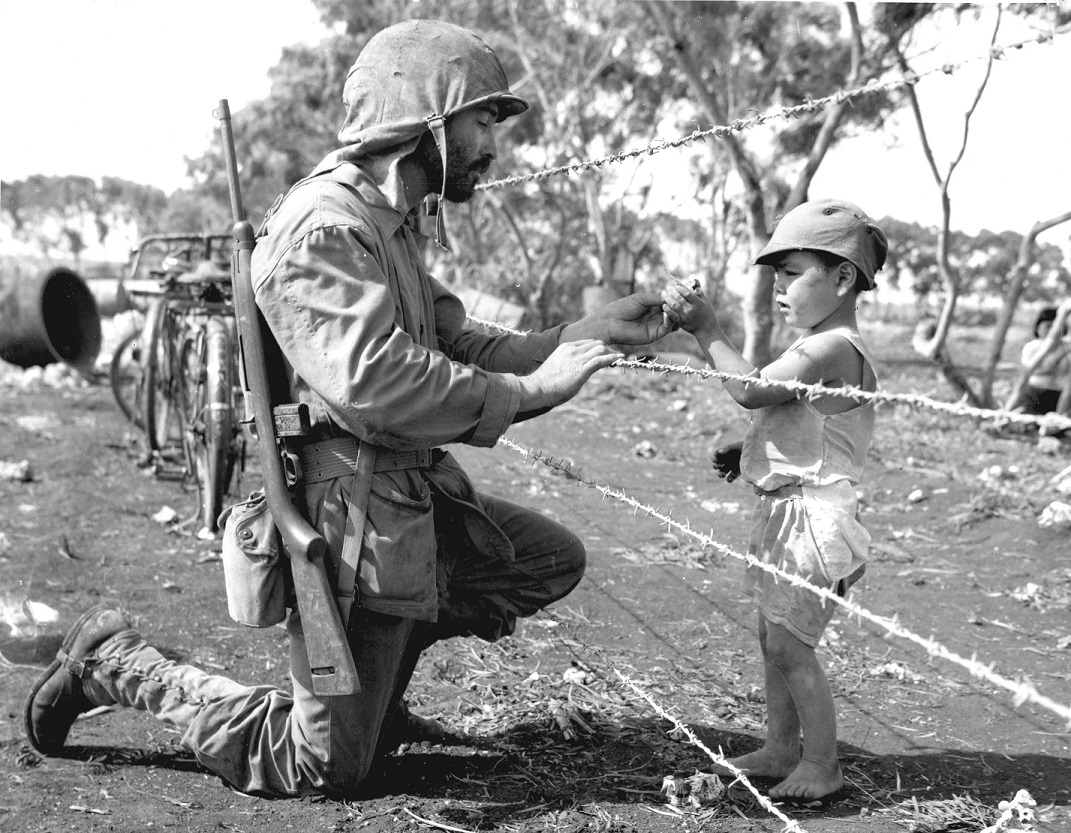 U.S. Marine pictured while giving a Japanese boy candy through the barbed wire of a civilian containment area sometime in July – August 1944, during the Battle of Tinian.

The battle of Tinian was fought on the Tinian island of the Mariana Islands and lasted for one week.

More than 40.000 U.S. Marines invaded the area and eliminated the 8.000-man Japanese garrison, then proceeding to hand over the island to the Twentieth Air Force, which used it as a base for the rest of the war. Camps were also built for 50.000 troops.

After the end of the battle, 13.000 Japanese civilians were interned, but there were also casualties of 4.000 civilians who died in combat, by suicide, or murdered by Japanese troops.