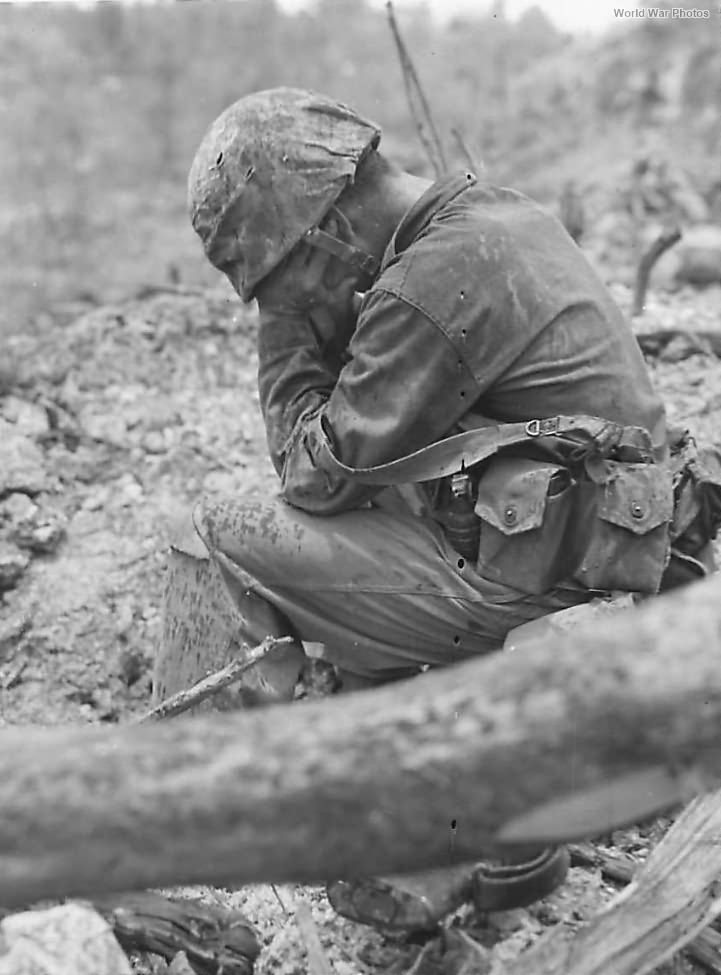 An overwhelmed US Marine is pictured while weeping among ruins during the Battle of Peleliu, more specifically after the battle for Hill 200 (one of the many strategic hills on the island).

The photograph was taken on September 26th, 1944, a time at which the Americans were making good progress in the conflict, while heavy fighting was still also going on.

The Battle of Peleliu lasted from September 15th until November 27th 1944, with the US Army attempting (and succeeding) to capture the island’s strategic airfield (although there was controversy regarding the worthiness of the objective in relation to the high casualty rate). The battle was part of the larger Operation Forager, which intended to neutralize Japanese bases in the Central Pacific, while also providing new US bases of operations for retaking the Philippines and for the planned bombing of Japan.

The Battle of Peleliu is known to have had the highest casualty rate of any amphibious attack in US military history, with the number of casualties relayed to be as high as 10.000.

It has been reported that 40% of medical discharges in the US Army during WWII were for psychiatric reasons, such as PTSD, combat stress and other forms of mental trauma.

📖 Brotherhood of Heroes: The Marines at Peleliu, 1944–The Bloodiest Battle of the Pacific War (Bill Sloan, 2005)