US Marine Colonel Francis Fenton kneeling before his son’s body 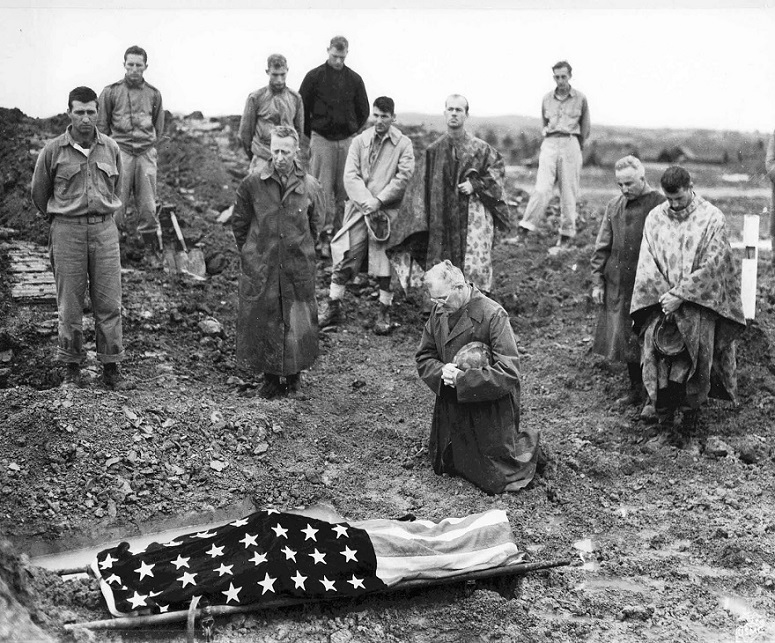 US Marine Colonel Francisc Fenton kneeling before the body of his son, Private First Class Mike Fenton, while division staff members pay their respects. May 1945, Okinawa.

Michael Fenton reportedly turned down a comission in order to fight on the front. He was killed on May 7th, while fighting off a Japanese counterattack. He was 19 years old.

Upon hearing the news, his father traveled to the location of his death. Arriving at the site and seeing all the other deceased Marines, he has been quoted as saying “Those pour souls. They didn’t have their fathers here”.

After the burial, Colonel Francisc Fenton returned to headquarters, wrote a letter to his wife, Mary (which received the news before the letter arrived), and returned to duty. He survived the war and continued to serve until he retired in 1949 with the rank of Brigadier General. He died in 1978.