US Bantam Jeep pulling an artillery piece during testing in 1941 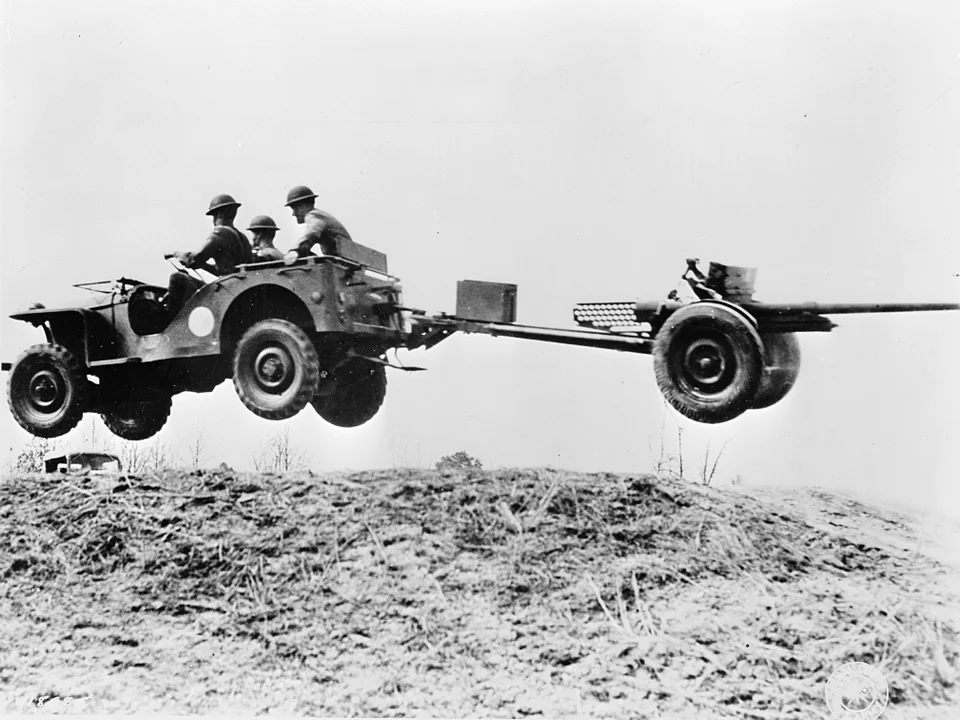 The American Bantam company developed the first and most effective Jeep prototype for the US Army, but as the company lacked resources to meet the goverment’s design, their blueprints were given to Willys and Ford by the War department.