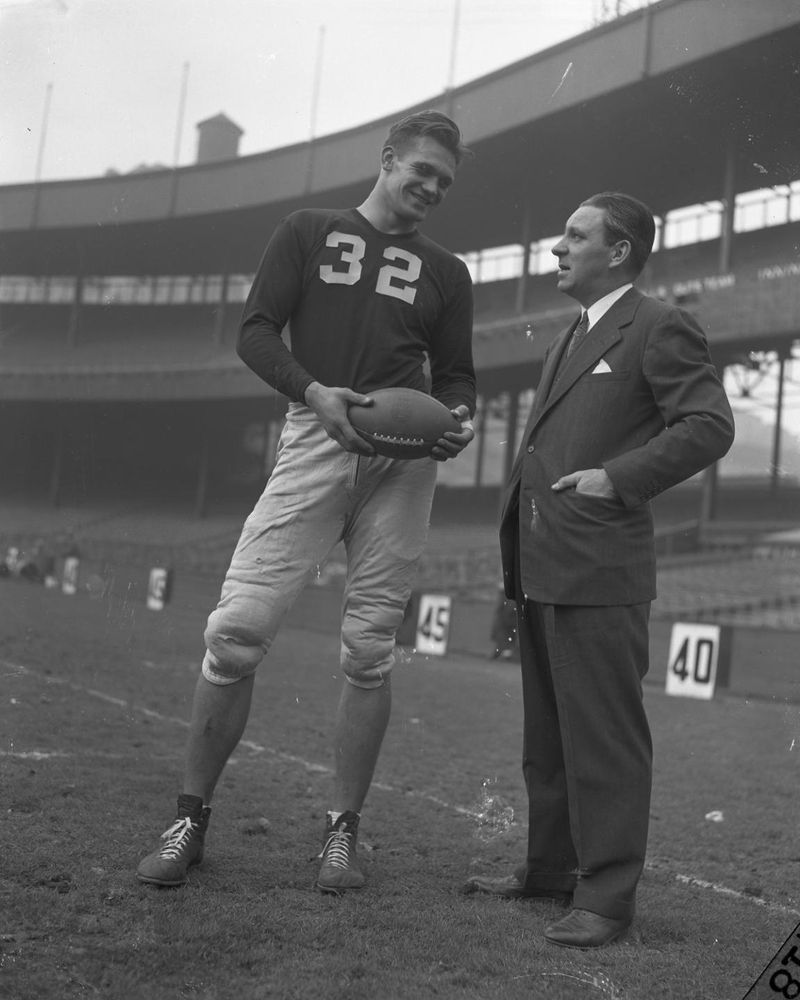 Al Blozis (left, pictured in 1941 at New York’s Polo Grounds with Georgetown coach Jack Hagerty) was an American Football player for the New York Giants between 1942-1944 and a decorated track and field athlete in college.

Blozis was inducted in the US Army on December 9th 1943, after his attempts to enlist were previously unsuccessful because of his height (198 cm). He was comissioned as a second lieutenant in the 28th Infantry Division.

On January 31st 1945, in the Vosges mountains in France, Al Blozis went searching alone for two of his men, and never returned. His remains were found in April 1945. He was 26 years old.