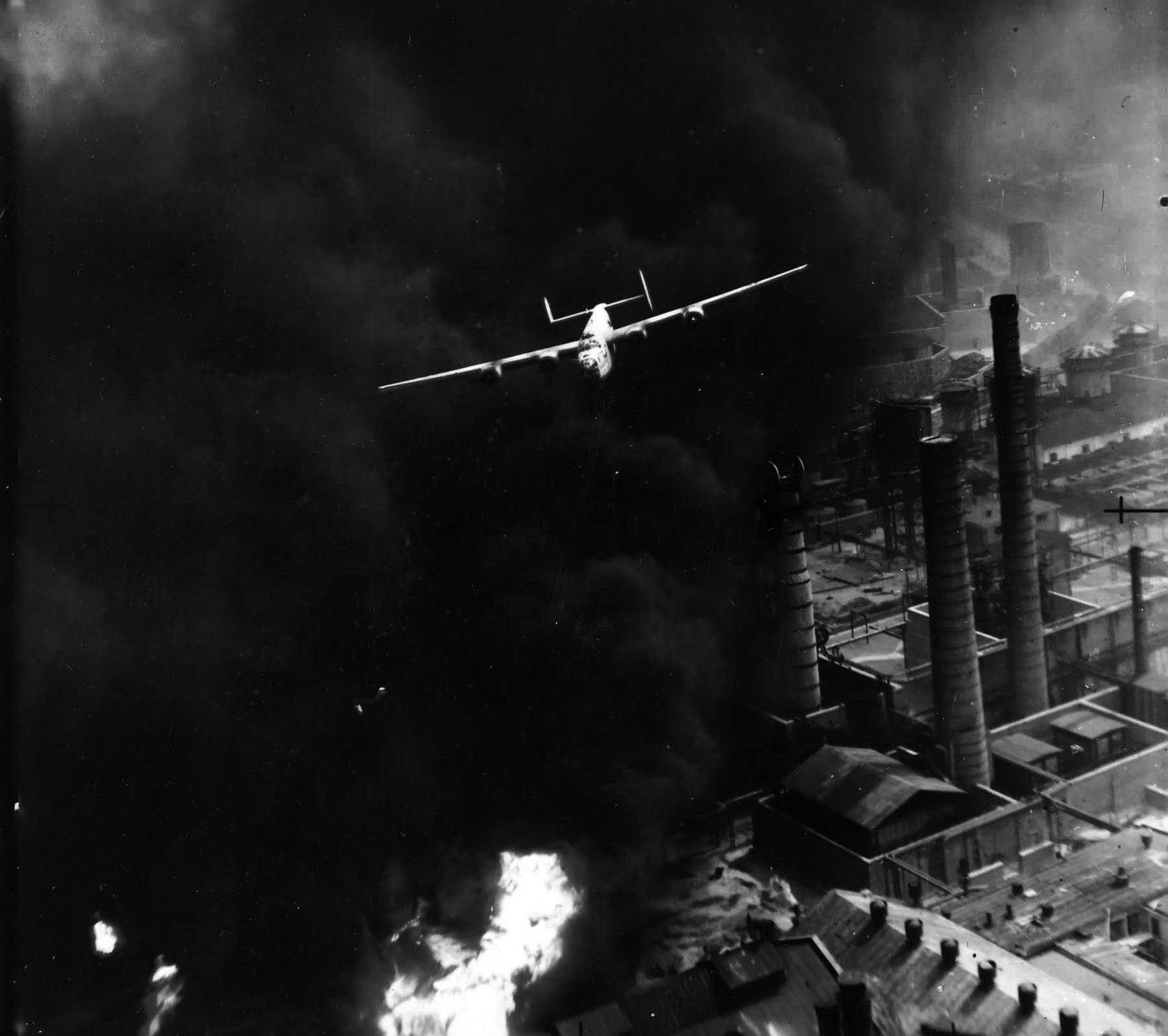 A US Air Force B-24 Liberator heavy bomber during an attack over an oil refinery in Ploiesti, Romania, during Operation Tidle Wave.

Operation Tidle Wave was a bombing raid by the United States on August 1st, 1943, targeting the oil fields of Romania around Ploiesti, which were key to the Axis war effort.

The mission was a failure and is considered the most costly major allied air raid of WW2. The main reason was the strong anti aircraft defense around Ploiesti, one of the best and most effective in all of Europe, and arguably the strongest outside German territory. The failed operation was later nicknamed “Black Sunday”.

The US Air force lost over 50 Aircrafts and 650 crewmen, while 55 other aircrafts were damaged. In comparison, the Romanian and German forces only lost 7 aircrafts.

📖 Into the Fire: Ploiesti, The Most Fateful Mission of World War II (Duane P. Schultz, 2007)