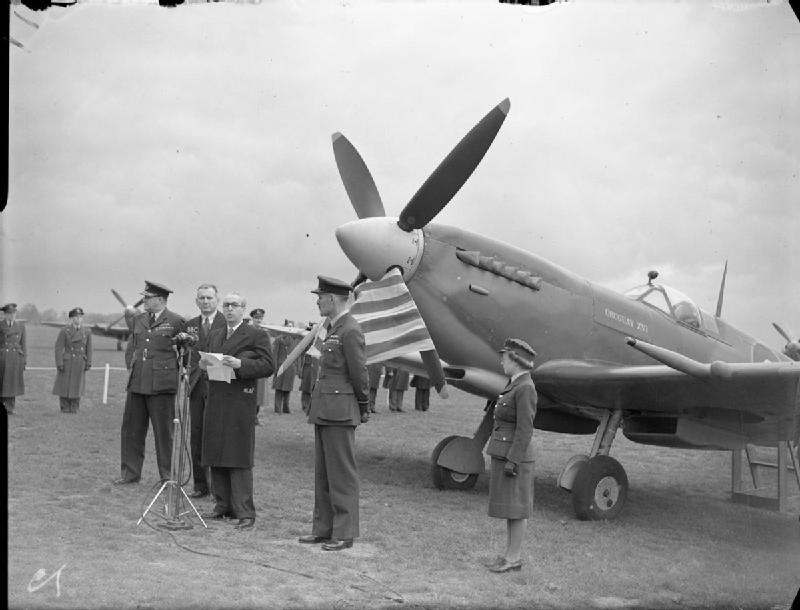 Uruguayan Chargé d’Affaires in the United Kingdom, Senor Montero de Bustamante, speaks at a ceremony to name a Royal Air Force Spitfire fighter in 1943. The Aircraft had been funded by Uruguayan donations.

Uruguay was neutral during World War II until signing the Declaration by United Nations in February 1945, but supported the Allied cause from that neutral base and was particularly friendly with the British government.

Uruguay’s most notable involvement in World War Two remains the Battle of the River Plate between the Kriegsmarine and the UK Royal Navy, which took place on its coast. It was the first naval battle of World War Two.

📖 The Battle of the River Plate: The Hunt for the German Pocket Battleship Graf Spee (Dudley Pope, 1956)