Unexploded SC-1000 bomb in Leningrad during the Siege 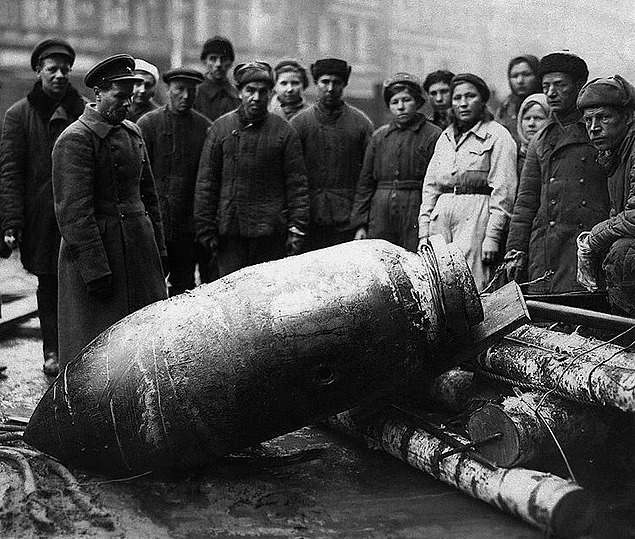 Citizens of Leningrad gathered around an unexploded SC-1000 bomb dropped by the Germans over the city in 1943, during the Siege of Leningrad.

More than one million Soviet civilians and soldiers have perished during the siege.