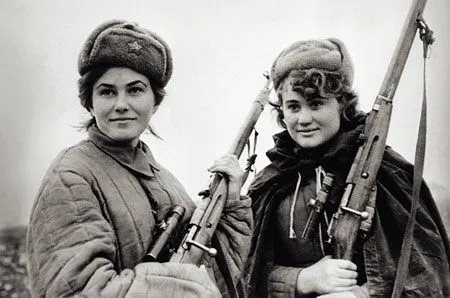 Soviet women played an important role during WW2, with more than 800.000 serving in various branches of the USSR armed forces. More than 50% of the medical personnel was also female.

Major-General Sydir Kovpak was one of the leading figures in the partisan movement, a master of guerrilla tactics, and was twice awarded the “Hero of the Soviet Union” title. He survived the war, passing away in 1967 (aged 80).