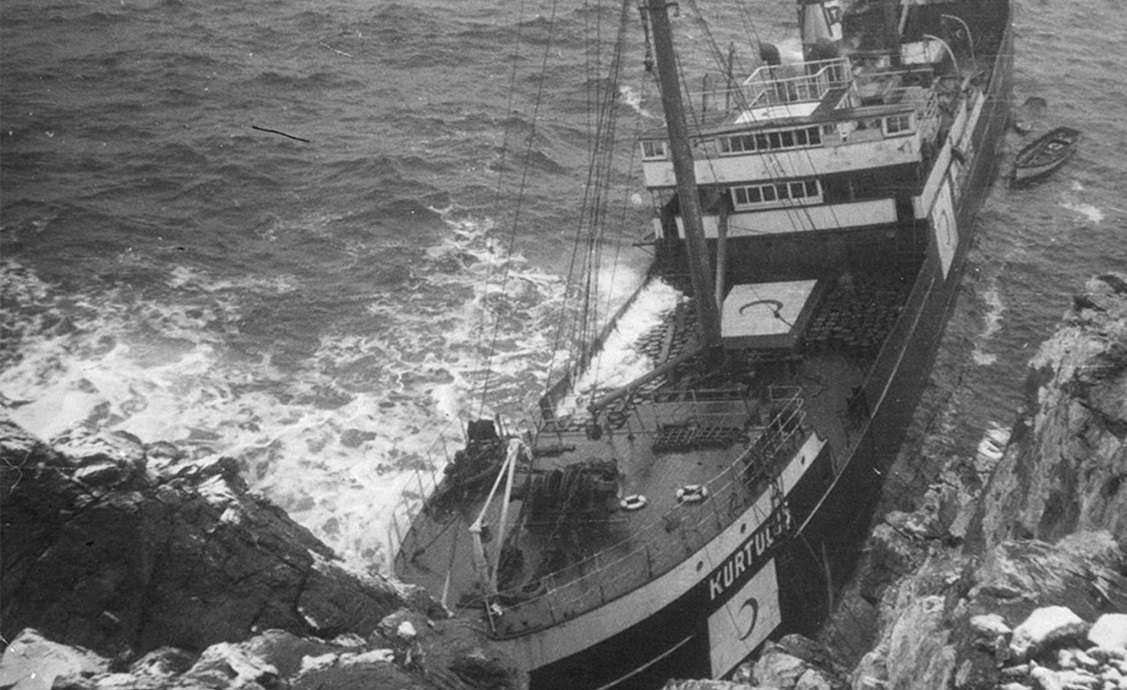 SS Kurtulus was a Turkish cargo ship (built in 1883) which was used for humanitarian relief during World War Two, carrying food to Greece during the Axis occupation. A total of 6.735 tons of food aid are said to have been delivered by the ship to the famine-struck Greeks.

SS Kurtuluş sank on 20 February 1942, having been caught in difficult weather in the Sea of Marmara the previous night and forced into rocks. All 34 crew members survived. The place of the sinking is now called Cape Kurtuluş.

Despite the loss of its famous cargo ship, Turkey (neutral in WW2 until February 1945, when it joined the Allied war effort) continued its humanitarian missions to Greece until after the end of the War (1946).

For the record, as an anecdote, the Turkish Navy was considered the weakest of the country’s three armed service branches at the start of World War Two.